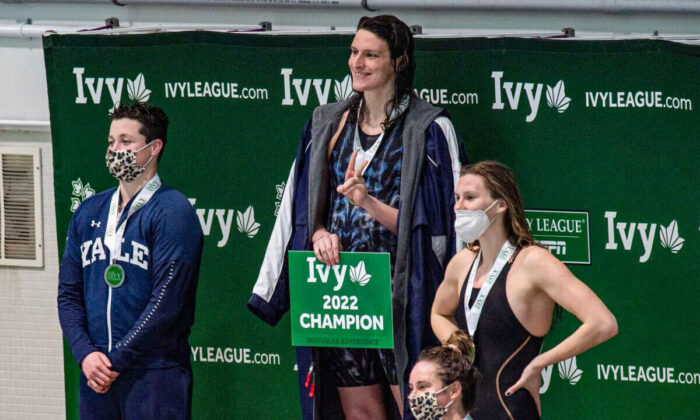 Canada has voted in favour of a policy that bans biological men from competing in women’s swimming events unless they had undergone gender transition before the age of 12.

In a policy that went into effect on June 20, the International Swimming Federation (FINA) allows biological male swimmers to compete in women’s events only if they have not experienced male puberty, having had puberty suppressed, before age 12.

The policy states that these athletes must have since “continuously maintained their testosterone levels in serum (or plasma) below 2.5 nmol/L.”

According to the policy, FINA is also contemplating whether it is feasible to establish an “open category,” which would allow an athlete who meets the eligibility criteria to compete “without regard to their sex, their legal gender, or their gender identity.”

Stark-Anderson said the policy will “protect competitive fairness”, particularly in the women’s events. She said her organization also supports the idea of an “open competition category.”

In a statement on June 19, FINA said 71.5 percent of the votes cast were in favour of the new policy after members heard presentations from three specialist groups—an athlete group, a science and medicine group, and a legal and human rights group—at the organization’s extraordinary general congress that same day.

The specialist groups had been working to form policy following recommendations released by the International Olympic Committee (IOC) last November, FINA said in the policy.

The IOC had urged international sports federations to develop eligibility criteria for women’s events, and determine with an “evidence-based approach” whether an athlete has an “unfair” advantage in their field.

FINA’s announcement following the vote comes months after University of Pennsylvania swimmer Lia Thomas, a biological male who publicly identifies as a female, became the first transgender NCAA champion in women’s Division I history after winning the women’s 500-yard freestyle in March.

The win drew significant backlash from female swimmers, activists, and other athletes, including Thomas’s teammates.

FINA contends higher testosterone levels in males from puberty onward give them a competitive advantage in aquatic sports and that male-to-female transition procedures can blunt some, but not all, effects of testosterone on body structure and muscle function.

“There will be persistent legacy effects that will give male-to-female transgender athletes (transgender women) a relative performance advantage over biological females,” said the FINA policy.

“A biological female athlete cannot overcome that advantage through training or nutrition.”

Jack Phillips and The Canadian Press contributed to this report.