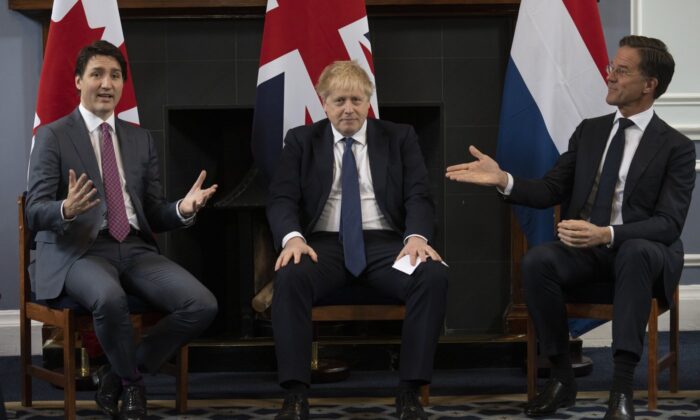 Trudeau says the 10 individuals who are being sanctioned were identified by Alexei Navalny, the jailed Russian opposition leader who is considered Putin’s main rival.

Trudeau announced the new sanctions during a news conference in London, where he was appearing alongside British Prime Minister Boris Johnson and Dutch Prime Minister Mark Rutte.

The three leaders stood united in condemning Russia’s invasion of Ukraine, which is now in its second week.

Trudeau earlier in the day became the first foreign leader to meet with the Queen since she was diagnosed with COVID-19 last month.

The prime minister’s visit to Britain is the first leg in a four-country European tour this week that will include stops in Latvia, Germany and Poland to discuss the war in Ukraine.