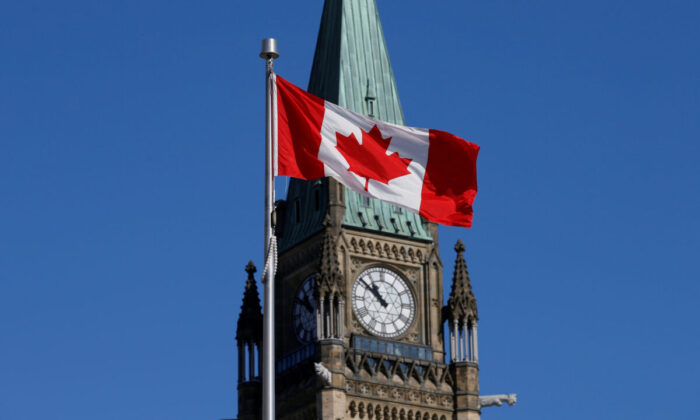 A Canadian flag flies in front of the Peace Tower on Parliament Hill in Ottawa, in a file photo. (Reuters/Chris Wattie/File photo)
Canada

Canada is no longer among the top 10 most economically free countries, according to the Fraser Institute’s 2021 Economic Freedom of the World report.

Canada ranks 14th in this year’s annual report, based on the most recent data from 2019, slipping from 8th place in 2018 (a ranking that was later lowered to 13th place).

Canada’s economic freedom ranking has been on a downward trend since 2016, the report says.

“Due to higher taxes and increased regulation in Ottawa and the provinces, Canadians are less economically free, which means slower economic growth and less investment in Canada,” Fred McMahon, the Dr. Michael A. Walker Research Chair in Economic Freedom at the Fraser Institute, said in a Sept. 14 news release.

The Fraser Institute measures economic freedom, which is defined as the ability of individuals to make their own economic decisions, by analyzing the policies and institutions of 165 countries and territories.

The five indicators used include the size of government in terms of spending and taxation, legal system and property rights, regulation, freedom to trade internationally, and inflation.

The report noted that the Chinese communist regime’s increased control over Hong Kong in 2020 and 2021 will likely lead to lower economic freedom in the coming years, especially in the area of property rights and the legal system.

“While Hong Kong remains the most economically free jurisdiction in the world, it’s important to remember that the measurement is based on 2019 data and that more recent interference from China threatens to undermine Hong Kong’s rule of law, which helps ensure equal freedom for all,” McMahon said.

China ranks 116th in the world.

In 2019, countries in the top quartile (data values divided into quarters) of economic freedom had an average GDP per capita of US$50,619, compared to the bottom quartile countries that had an average of US$5,911.

Poverty rates are also lower in the more economically free countries. In the top quartile, 0.9 percent of the population experienced extreme poverty, compared to 34.1 percent in the lowest quartile.

People living in the top quartile of countries have a life expectancy of 81.1 years, compared to 65.9 years in the bottom quartile.

“Where people are free to pursue their own opportunities and make their own choices, they lead more prosperous, happier, and healthier lives,” McMahon said.