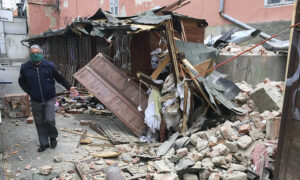 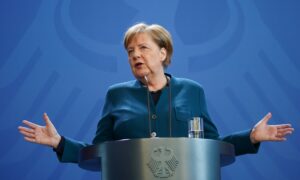 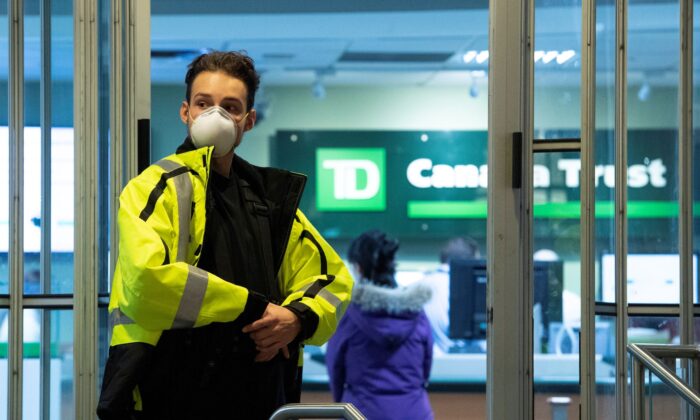 A security guard limits the number of clients going into a bank to help prevent the spread of COVID-19 through social distancing, in Ottawa on March 24, 2020. (The Canadian Press/Justin Tang)
Canada

Canada Should Partner With Taiwan on COVID-19 and Distance Itself From Beijing, Expert Says

To combat COVID-19, Canada should follow the example of the United States and the European Union and partner with Taiwan, while further distancing itself from China, says Marcus Kolga, senior fellow with the Macdonald-Laurier Institute.

“Taiwan is a fiercely democratic and transparent nation that can be trusted, and was among the most effective in combating this pandemic,” Kolga told The Epoch Times.

In contrast, he says, “the Chinese government has lied, deflected, and created a mountain of fake information about [COVID-19] to avoid any responsibility for their negligence in enabling the initial outbreak.”

The United States recently announced that it is partnering with Taiwan—which, despite being next door to China, has very few cases of COVID-19—to collaborate on measures to combat the pandemic.

The partnership includes cooperation on research and development on vaccine and medicine to fight the Chinese Communist Party (CCP) virus, commonly known as the novel coronavirus, and supply and exchange of medical supplies and equipment, among others.

Officials with the EU also recently met with Taiwanese researchers to discuss collaboration on fighting COVID-19.

Among the actions Taiwan took to control the spread of the virus was stopping all travel from China in the early days of the outbreak and enforcing a mandatory two-week quarantine for all those who recently entered Taiwan.

Kolga says Canada should take a more principled stance toward Beijing and not be pressured by business interests to give China—which he says is responsible for enabling the initial outbreak by hiding the facts—a pass on its bad behaviour.

“Canadian corporations who are partnered with Chinese regime-linked firms, such as Huawei, will continue pressuring our government to absorb Beijing’s propaganda attacks and bully diplomacy and ignore their ongoing mass human rights abuses,” he says.

Kolga adds that Canada should be partnering with other like-minded countries in the region to better counter the regime’s aggressions.

“China has proven itself time and time again to be an unreliable, untrustworthy, and dangerous adversary, which we should be working towards shielding ourselves against,” he says. “One way to do that is to embrace those states and nations in the region that we share values with—namely, Taiwan and Japan.”

Another area of concern, Kolga says, is the CCP’s intimidation of members of the Chinese diaspora to act in the regime’s interests through its United Front organization, a CCP agency in charge of spreading Beijing’s influence abroad. What is needed to combat this, he says, is “principled leaders who do not fear intimidation from Beijing.”

“Only then will Canada break free from Beijing’s tightening grip.”