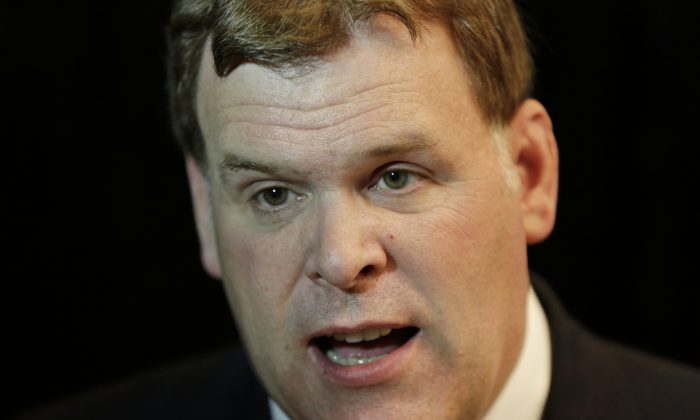 MANAMA, Bahrain—Canada has no plans to follow its neighbor the United States in expanding airstrikes against the Islamic State group into Syria, the country’s top diplomat said Saturday during a visit to the Middle East.

In an interview with The Associated Press, Foreign Minister John Baird said Canada has a responsibility to contribute to the U.S.-led bombing campaign in part because the Islamic State group has attracted Canadian fighters to its ranks. But he insisted that support would be confined to Iraq for now.

“At this time we’re focusing on our current mission. … We’ll stick with Iraq,” he said at a security conference in the Gulf island kingdom of Bahrain.

Canadian warplanes launched their first airstrikes against militants early last month with attacks on targets near the Iraqi city of Fallujah.

Canada has deployed six CF-18s based in Kuwait along with a C-150 Polaris and two CP-140 Aurora surveillance aircraft as its contribution to the bombing campaign against the Islamic State group, which has seized large parts of Iraq and Syria. Several hundred Canadian personnel are involved in the operation. Canada also has a training mission in northern Iraq to train and arm Iraqi Kurdish fighters there, Baird said.

The Canadian parliament in October approved up to six months of airstrikes following a request from the U.S. The motion explicitly stated that no ground troops would be used in combat operations.

Baird said more than 145 Canadians have taken up arms with the Islamic State group and like-minded extremist organizations, and that “compels us to accept our share of responsibility” in working to defeat them.

A Canadian-born woman who served in the Israeli military, Gill Rosenberg, has attracted attention in recent weeks after Israeli media reported that she joined a Kurdish militia battling the Islamic State group, which is also known by the Arabic name Daesh.

Baird urged other Canadians not to follow her lead.

“Obviously we are strongly and unequivocally discouraging all travel to either Iraq or Syria. If you want to fight Daesh, you should apply to join the Canadian forces,” he said.