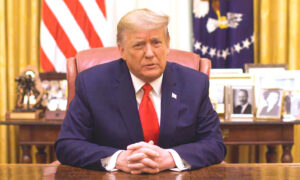 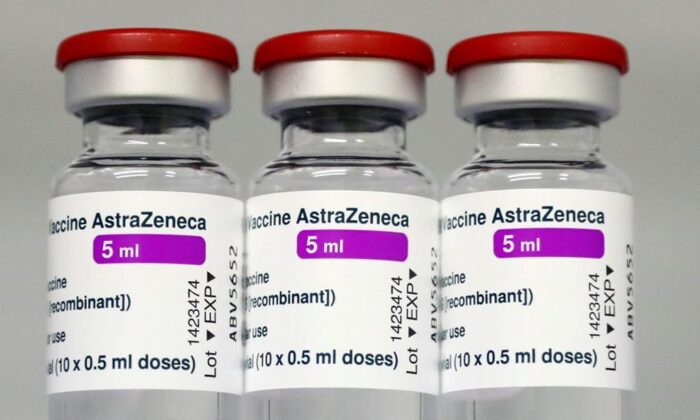 Vials of the AstraZeneca COVID-19 vaccine sit in a fridge at the vaccine centre in Ebersberg near Munich, Germany, on March 22, 2021. （The Associated Press/Matthias Schrader/File）
Canada

OTTAWA—A Quebec woman is the first in Canada to develop a blood clot after being vaccinated with the Oxford-AstraZeneca vaccine.

The news came as Health Canada said it was investigating reports of clots linked to the Johnson & Johnson vaccine in the United States.

The Quebec health ministry and Public Health Agency of Canada reported the event connected to the Oxford-AstraZeneca vaccine Tuesday.

Quebec says the female patient, whose age was not revealed, received the appropriate care and is recovering at home.

The woman received the vaccine produced at the Serum Institute of India, known as Covishield.

Health Canada asked AstraZeneca for a full risk assessment of its vaccine after reports of similar clots in Europe, but says the side effect is extremely rare and the vaccine’s benefits still outweigh its risks.

More than 700,000 doses of the vaccine have been administered in Canada and the risk of getting blood clots from COVID-19 itself is far higher than from the vaccine.

Earlier today the United States also paused use of the Johnson & Johnson vaccine following reports of six similar blood clots, and Health Canada says it has asked the drugmaker for more information on that vaccine as well.

Health Canada approved AstraZeneca Feb. 26 and J&J March 5, but only AstraZeneca has been used here so far.

About two million doses of it have been shipped.

No doses of J&J have been delivered, and aren’t expected for another few weeks.