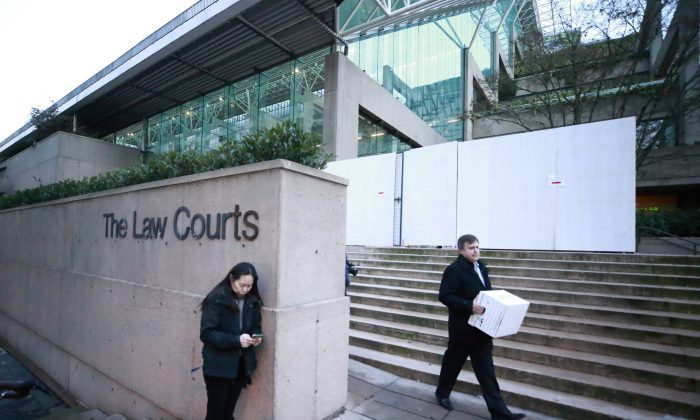 Canada Must Face All Aspects of Huawei Problem

Keep your friends close and your enemies far away

Canada thinks that it has a two-dimensional Huawei Corporation problem, involving legalities on the one hand and the threat posed by a capable Huawei on the other.

Beijing is incredulous, convinced that it is a political issue, and that Ottawa should reject the extradition request forthwith and release Meng, who, free on bail, is hardly in durance vile, ensconced in her multimillion-dollar Vancouver mansion.

Moreover, Canada has damaged its case when its then ambassador to Beijing, John McCallum, suffering from a blatant case of clientitis and perhaps influenced by extensive Chinese family connections, detailed strengths in Beijing’s case (and commensurate reasons for Ottawa to reject extradition) in a private briefing for Chinese journalists.

Ottawa’s “rule of law” rationale was further enfeebled when PM Trudeau reportedly attempted to influence the then Justice Minister to provide massive construction firm SNC-Lavalin the opportunity for mild legal penalties rather than a court trial. As the Justice Minister also has final say on extraditions, Beijing wants a quick Meng release.

And to emphasize its point, it has seized two Canadian citizens, one a former diplomat, on spurious charges and, more seriously, increased a Canadian drug peddler’s sentence to the death penalty. As China previously has executed foreign citizens—and since the Opium Wars has no sympathy for Western drug pushers—this is a serious circumstance.

How Ottawa negotiates its way out without infuriating Washington (or Beijing) would be a tremendous challenge, exacerbated by the second Huawei problem:

Huawei is a tremendous Chinese success story.  Ostensibly the largest “private” Chinese corporation, it now has earnings over 100 billion dollars, and is a major global builder of telecommunications equipment, particularly iPhones, and wireless networks.

It has come afoul, however, of U.S. concerns that its telecom infrastructure equipment may contain “backdoors” that could enable Chinese regime surveillance. This concern has intensified with the development of 5G wireless networks.

Consequently, the United States has banned Huawei products from these systems and urged other close intelligence partners to do the same. Australia and New Zealand have done so; the UK may implement less than a total Huawei ban; and Canada is also reviewing its position/decision.

A cynic might conclude that Ottawa is reluctant to make an expensive decision, essentially to please U.S. intelligence agencies, or, even more cynically, that Huawei has provided financial incentives to Canadian decision makers to do less than Washington seeks.

In any event, it is a challenge that Ottawa can defer but not avoid—and the long-range potential of facilitating Chinese espionage could be catastrophic, regardless of how fervently Huawei denies complicity with Beijing’s military establishment. The reality remains that every Chinese citizen/organization is potentially a creature of Beijing—the only question being when/if cooperation is demanded.

But There Is a More Basic Problem

The existential problem for the West, however, is the rise of China.  Huawei is a manifestation of the challenge rather than the challenge itself.  Beijing is seeking to secure the global “mandate of heaven” ripping it away from the faltering West.

It still smarts from having been exploited by the West during extended periods of weakness, e.g., opium pushed upon China by the UK (when Canada was a British Empire member).

Consequently, it will ignore plaints about militarization of South China Sea islands, the nonindependence of Tibet, or the fate of the Uyghurs.  It won’t seek to match U.S. carrier strength but rather develop countervailing measures such as sophisticated cruise missiles to force our carriers to distance themselves.

More important is massive Chinese investment in every element of advanced science and technology, ranging from landing on/photographing the moon’s dark side to pushing every element of Artificial Intelligence (AI).

The objective is to achieve dominance in AI and, when a country directs its “best and brightest” to a national mission (remember the U.S. Manhattan Project to develop nuclear weapons), success is not assured, but its likelihood is enhanced.

There may come a time in the nearer rather than distant future when the West is attempting to steal Chinese technology rather than vice versa.