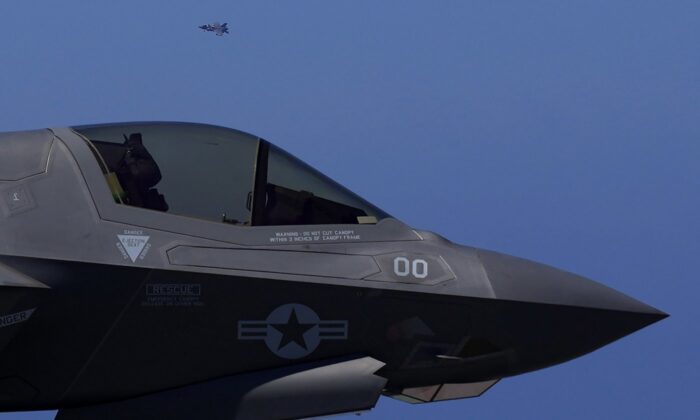 Ottawa has made a multimillion-dollar payment as part of a renegotiated deal that is expected to see Canada foot more of the bill for developing the F-35 than in previous years.

The US$99-million payment and renegotiated deal come despite the fact the Liberal government has said Canada may not actually buy the stealth fighter, and as officials in the United States raise new concerns about the F-35’s cost and development.

The government announced in late March that it was entering negotiations with the United States and Lockheed Martin for the purchase of 88 F-35s after a years-long competition saw the stealth fighter emerge as the top contender.

But while the government has said it hopes to have a contract finalized by the end of the year, it has left the door open to buying the Swedish-made Gripen fighter instead if talks with the U.S. and Lockheed Martin stall.

Canada is one of eight countries involved in developing the F-35, and its latest contribution means it has so far thrown US$712 million into the pot since 1997 to remain at the table with the U.S., Britain, Australia, Italy, Norway, Denmark and the Netherlands.

Department of National Defence spokeswoman Jessica Lamirande said the updated deal extends the agreement that Canada and other partners signed in 2006 committing them to sharing the cost of the F-35’s development between them.

The new deal reflects Canada’s desire to buy 88 new fighters rather than its original plan of 65, she added, as well as Turkey’s withdrawal from the F-35 program.

News of the payment and renegotiated agreement comes as the U.S. Government Accountability Office, the equivalent of Canada’s auditor general, released a new report last week flagging problems with the F-35’s development.

The report specifically raises concerns about delays in delivery of a simulator to properly test the F-35’s full abilities and shortcomings as well as ongoing problems delivering the right software to the stealth fighter, known as Block 4.

Block 4 development “is continuing to experience cost growth and schedule delays,” the report says. “Block 4 costs continued to rise during 2021 due to higher costs associated with upgrading crucial hardware and testing upgrades, among other things.”

Yet while the simulator and Block 4 are not expected to be delivered for several years, the GAO report notes the U.S. is continuing to buy F-35s at a record clip, resulting in increased risks and potential costs over the long term.

“For example, it means that more aircraft will need to be fixed later if more performance issues are identified, which will cost more than if those issues were resolved before those aircraft were produced,” the report says.

“At the same time that (the Defense Department) is purchasing aircraft at these high rates, those that are already in the fleet are not performing as well as expected.”

Despite what Defence Minister Anita Anand described as a “rigorous” competition to get the best jet at the lowest cost with the most economic benefits, officials have said the scope of the talks with Lockheed Martin and the U.S. government will be broad.

That includes the cost of buying the new fighters and whatever Canadian-specific modifications are required, as well as the delivery schedule. Officials have said they hope to have the first fighter arrive by 2025 and the last in the early 2030s.

Public Services and Procurement Canada spokeswoman Michele LaRose did not directly respond to questions about the contents of the GAO report, but said in an email that Lockheed Martin will need to prove that it can deliver on any contract with Canada.

“The selected bidder will need to successfully demonstrate that entering into its proposed agreements and arrangements would provide Canada with value for money, flexibility and protection against risks, as well as provide performance and delivery assurances,” she said.

“As this competitive procurement process is still ongoing, additional information on the bidder’s proposal and negotiations cannot be provided at this time.”