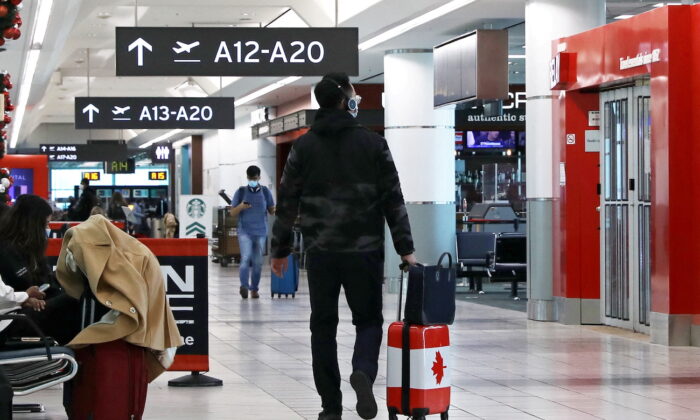 Canada Is the World’s Largest Prison

Canada, a country of 38 million, has 6 million political prisoners, the number of partially vaccinated or unvaccinated Canadians that the Trudeau government prevents from boarding a plane or boat to leave the country.

No medical or public health rationale prevents them from leaving Canada—these Canadians would be welcome to board an Air France plane to Paris or a British Airways plane to London, if only Canada’s federal government didn’t bar them. Apart from police states such as North Korea and Cuba, no country on earth confines its own citizens under this form of house arrest. Canada in effect is the world’s largest prison and its prime minister, Justin Trudeau, is the world’s foremost jailer.

Any public health rationale for confining those not fully vaccinated to Canada has long disappeared. The COVID-19 vaccines were designed for early strains of the virus, not for the Omicron now circulating, for which no vaccine exists. Moreover, vaccine mandates are not recommended by either the World Health Organization or the Centers for Disease Control. As Anthony Fauci and others recently reported in a study, “neither infection nor vaccination appears to induce prolonged protection against SARS-CoV-2 in many or most people.”

Not only do numerous studies demonstrate that vaccination doesn’t stop the spread of the virus, some evidence indicates that the unvaccinated are less likely to spread COVID-19. An Ontario study published in January (pdf) found “negative VE [vaccine effectiveness] against Omicron among those who had received 2 doses compared to unvaccinated individuals.” Current data published by the Ontario government shows that the case rate for those fully vaccinated and boosted is twice as high as those not fully vaccinated. If Trudeau truly believed that the criterion for boarding an airplane was minimizing the spread of the virus, he would bar the vaccinated, not the unvaccinated, from air travel.

Trudeau’s rationale for discriminating against the unvaccinated, when they represent no greater risk than other Canadians, is political, as revealed by his colleague, Joel Lightbound, a Member of Parliament and head of the Trudeau government’s Quebec Caucus.

“I can’t help but notice with regret that both tone and the policies of my government changed drastically on the eve and during the last election campaign,” Lightbound stated in Ottawa in a February news conference on Parliament Hill. “From a positive and unifying approach, a decision was made to wedge to divide and to stigmatize.” Trudeau’s decision to divide the country by attacking the unvaccinated, he added, is all the more worrying since “Canada has reached one of the highest levels of vaccination in the world.”

Trudeau effectively demonized the unvaccinated as enemies of the people, deserving no quarter. Unvaccinated Canadians were “putting at risk their own kids” and “putting at risk our kids as well,” he claimed. “These are extremists who don’t believe in science. They’re often misogynists, also often racists. It’s a small group of people that muscles in and we have to make a choice …. Do we tolerate these people?”

After Trudeau was reelected last September, he continued to make vaccine mandates a wedge issue to discredit political opponents. When the truckers’ Freedom Convoy challenged his weaponization of vaccine mandates, Trudeau characterized them as Nazis and racists intent on overthrowing the government, justifying invoking the Emergencies Act to stamp out the claimed insurgency. Under martial law, Freedom Convoy leaders were arrested, their assets and those of their supporters frozen.

The Emergencies Act has since been rescinded, but Trudeau’s animus to the unvaccinated has not. An unknown number of truckers and other protesters who defied the vaccine mandates have been charged with crimes, and all unvaccinated Canadians who continue to defy Trudeau’s vaccine mandates remain confined inside Canada, political prisoners in the largest prison on the planet.