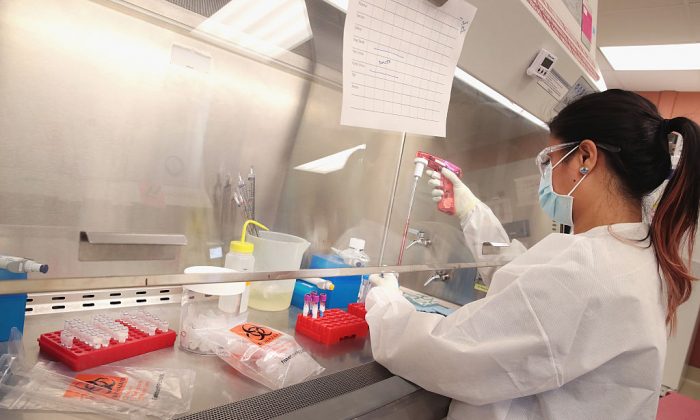 The burden of supporting medical innovation should fall on Canadians, not on drug companies or American patients, according to experts
By Emel Akan

This leaves U.S. citizens to bear much of the development and approval costs of new medicines, according to Owens and Ezell.

In May, the Trump administration rolled out a plan to lower drug prices for American consumers. As part of the blueprint, Trump directed U.S. Trade Representative Bob Lighthizer to fix this drug price injustice with every trading partner.

“When foreign governments extort unreasonably low prices from U.S. drug makers, Americans have to pay more to subsidize the enormous cost of research and development,” said Trump on May 11 at the White House.

“In some cases, medicine that costs a few dollars in a foreign country costs hundreds of dollars in America for the same pill, with the same ingredients, in the same package, made in the same plant. And that is unacceptable,” Trump continued, calling other countries “freeloaders.”

The United States has the highest prescription drug spending in the world, due to higher list prices and greater use of expensive drugs. The nation spent $1,174 per person on prescription drugs in 2016, compared to $476 in the UK, $663 in France, $860 in Canada, and $874 in Japan, according to the Organization for Economic Cooperation and Development (OECD).

According to Owens and Ezell, Canada’s drug prices are artificially low as they are regulated by the Patented Medicine Prices Review Board. The prices in Canada, they wrote, are 25 percent lower than the median foreign-patented drug prices and far lower than American prices. On top of these reductions, the Canadian federal government wants to change regulations to further reduce prices by 20 percent. This would cause an erosion of about 25 percent in drug-company revenues in Canada, argued Owens and Ezell.

While the United States accounts for only 34 percent of OECD member countries’ combined GDP, Americans pay more than 70 percent of total drug company profits worldwide, according to a report by the president’s Council of Economic Advisers (CEA).

“If all countries paid their fair shares for novel medicines, we’d all have more of them.”

Research by Precision Health Economics shows that if government price controls in other OECD countries were lifted, the number of new treatments available would jump by 9 to 12 percent by 2030, and this translates to 8 to 13 new drugs every year.

According to a Brookings Institution report, a 20 percent drug price increase in Europe can provide greater levels of medical innovation that can lead to welfare gains of $10 trillion for North Americans and $7.5 trillion for Europeans over the next 50 years, reflecting improved life quality and reduced health care costs.

“We do not suggest that Canada abandon impoverished patients who cannot afford sophisticated medicines,” said Owens and Ezell. “Rather, that the burden of supporting them should fall on Canadians, not on drug companies—and not on American patients.”

Trump said foreign countries would not cheat the United States any longer.

One of the main objectives of his blueprint is to increase competition in the U.S. generic drug market. Generic drugs are copies of brand-name drugs that are marketed after the brand-name patents expire. The blueprint also aims to improve price transparency and provide private consumers with the tools to negotiate more reasonable prices.

The administration is also making it a high priority to ensure that generic drugs are approved on a faster timeline.