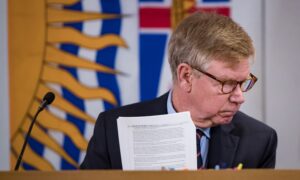 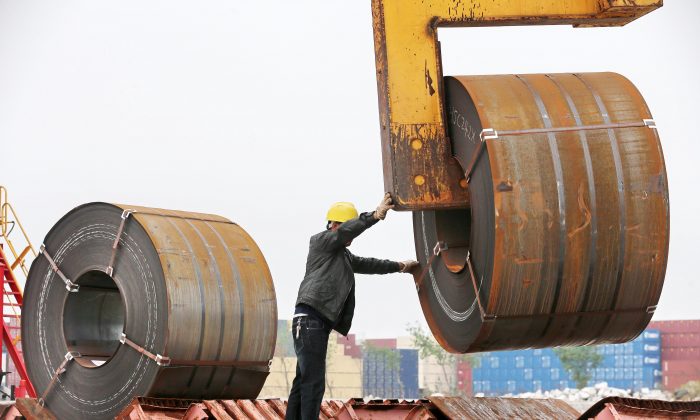 A worker uses a crane to lift a roll of steel at a shipyard in Nantong City, in China's eastern Jiangsu Province, on May 19, 2018. (AFP/Getty Images)
Canada

The Canadian International Trade Tribunal (CITT) said on May 28 that it has initiated a preliminary dumping inquiry into steel imported from China, Vietnam, and South Korea.

The tribunal will investigate whether the alleged dumping and subsidizing of “cold-reduced flat-rolled sheet products of carbon steel” from these countries have harmed Canada’s steel industry.

CITT, which operates in Canada’s trade remedy system and reports to parliament, said it will determine the results of the investigation on July 24 and will provide the reasons for the same on August 8.

Canada’s steps follow U.S. actions from last week when the United States Commerce Department had slapped steep import duties on steel products from Vietnam that originated in China, after a final finding they evaded U.S. anti-dumping and anti-subsidy orders.

The global steel industry is struggling with a glut of excess production capacity, much of it located in China, that has pushed down prices.