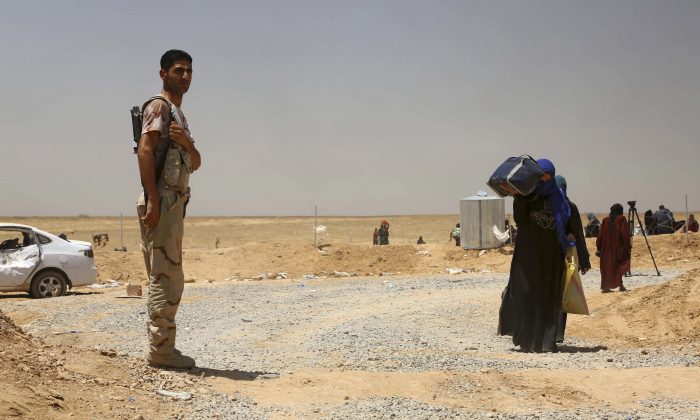 OTTAWA—Ottawa’s plan to provide weapons to Kurdish forces in Iraq is being held up amid fears the equipment could be used for purposes other than fighting ISIS.

The government said in February that Canada would provide small arms, ammunition, and optical sights to the Kurds as part of a revamped mission to fight ISIS extremists. Nearly eight months later, however, none of that so-called lethal aid has been delivered.

National Defence spokeswoman Ashley Lemire says the government still intends to provide weapons to the Kurds. But she says Canada needs to get “Iraqi diplomatic assurances” that the equipment will be used in accordance with international laws.

Lemire’s comments come amid growing fears that violence could erupt between Kurds and non-Kurds once ISIS is routed from Iraq.

Health Canada offered few other details beyond saying it would both protect young people from nicotine and allow adult smokers to use vaping as a quit-smoking aid or as a potentially less harmful alternative to tobacco.

“It’s clearly something that needs regulation,” he says. “We don’t want kids to be using these cigarettes.”

Premier Brian Gallant says many people realize the economic benefits that bilingualism creates, but need help to become more fluent in their second language so they can compete for bilingual jobs.

Second-language training is offered at community colleges across the province. Gallant says they will strive to add seats to match demand.

BELLA BELLA, B.C.—Prince William spoke about the need to protect the environment on Sept. 26 as he dedicated a British Columbia rainforest to an initiative started by the Queen to create a network of conservation programs across the Commonwealth.

The royal couple were in the area to experience indigenous culture in the Bella Bella First Nation community and officially pronounce the Great Bear Rainforest part of the Queen’s Commonwealth Canopy.

“When we protect our rivers, oceans, atmospheres—or like today, our forests—we are telling our children that their future prosperity cannot be disconnected from the health of the natural world,” William said.

The initiative was launched last year to create a network of forest conservation programs involving all 53 countries in the Commonwealth.

CALGARY—Feedlot operators at the heart of Canada’s cattle-producing region are calling on the Alberta government to overturn a head tax on cattle imposed by Lethbridge County that they say will result in more cattle feeders going out of business.

Lethbridge County reeve Lorne Hickey defends the tax imposed on cattle and other intensive agricultural operations last April as being needed to pay for upgrading roads and bridges.

Alberta produces 69 percent of Canada’s annual fed cattle output, with Lethbridge County feedlots delivering about one in four of those beef cows to market.

The plaintiffs’ lawyer, Steven Cooper, says the roughly 800 to 1,000 class-action members are pleased with the outcome, but they still want an apology from Prime Minister Justin Trudeau.

But Cooper says he has no doubt Trudeau will make an apology and he commended the Liberal government, saying the legal process became much swifter since the change in government last year.