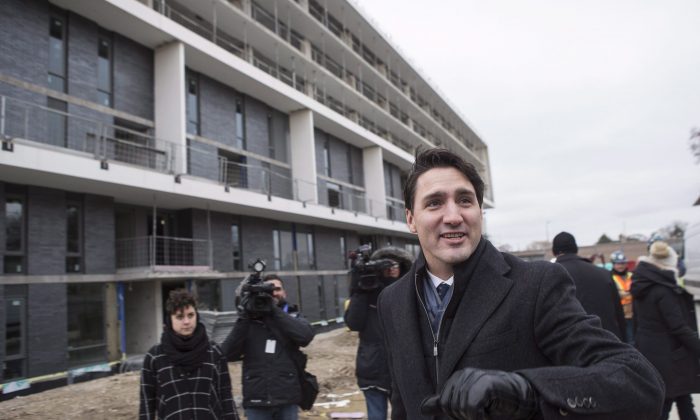 A Liberal government fond of promising help for those working hard to join the middle class has put its money where its mouth is, unveiling a new housing benefit for low-income tenants, billions of dollars for repairing existing affordable housing units, and a vision for building 100,000 more.

Announced Nov. 22, the portable housing benefit could eventually help 300,000 households after 2021—when the money is to start flowing—and 2028 by providing on average $2,500 in help, and could go to those already in social housing and those on wait lists for a unit, the government says.

The panel’s approval came with a tight margin of victory for the pipeline, which would transport about 830,000 barrels of oil a day from Hardisty, Alta. to Steele City, Neb.

Barack Obama rejected Keystone XL in 2015, only for President Donald Trump to give it the go-ahead in March, saying it will bring jobs and reduce dependence on foreign oil.

The latest report from the auditor general says it will take years and hundreds of millions of dollars more to fix the federal government’s broken civil service pay system.

In his fall report to Parliament, Michael Ferguson says the Phoenix pay system has left 150,000 civil servants in the financial lurch. And he predicts it’ll take years and cost much more than the roughly $540 million already earmarked to fix it.

Kosovo President Hashim Thaci says Russia is trying to destabilize his country and its Balkan neighbours through fake news and other disruptions.

He says this makes Canada a target too because Russia is trying to undermine the values and institutions that Kosovo shares with its Western allies.

The Kosovan leader delivered that message in Ottawa on Nov. 21 after testifying before the House of Commons foreign affairs committee.

Canada was among the first countries to recognize Kosovo’s independence in 2008, but Thaci says Russia regularly blocks its efforts to be recognized by the United Nations and to join the NATO alliance and the European Union.

Calgary is continuing down the road of bidding for the 2026 Olympic and Paralympic Games, at least until the next off-ramp.

City council voted Nov. 20 to spend up to $2 million more on work toward a possible bid. But only $1 million of that money will be released until it is known what the federal and provincial governments are willing to contribute to a bid. Council wants that answer by early 2018.

City staff estimates a bid price tag would be between $25 million and $30 million. Calgary was the host city of the 1988 Winter Olympics.