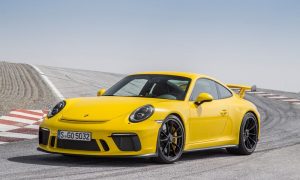 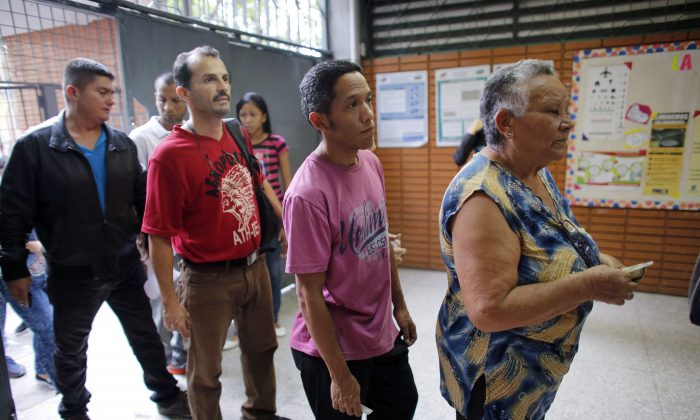 Voters line up at a polling station during the presidential election in Caracas, Venezuela, on May 20, 2018. (AP Photo/Ariana Cubillos)
Canada

Canada and its fellow G7 countries along with the European Union issued a joint statement May 23 saying they are united in rejecting and denouncing the recent presidential election in Venezuela.

The joint statement says by “failing to meet accepted international standards and not securing the basic guarantees for an inclusive, fair, and democratic process, this election and its outcome lack legitimacy and credibility.”

Ottawa announced May 21 that Canada would “downgrade” its diplomatic ties with the South American country, among other measures.

Fishermen in certain parts of the Gulf of St. Lawrence had to get their gear out of the water May 22 after two endangered North Atlantic right whales were spotted in the area.

Federal authorities are closing several fishing areas in the Gulf in an ongoing effort to prevent the slow, lumbering animals from getting entangled in fishing gear.

Ottawa announced measures last month to protect the whales, including possible closures, restrictions on the amount of rope used, and mandatory reporting of lost gear and whale sightings.

A total of 18 North Atlantic right whales were killed in Canadian and U.S. waters last year, mainly due to vessel strikes and entanglement in fishing gear.

Several women sought permission last fall to file the suit against the co-founder of the popular comedy festival for alleged sexual assault and harassment.

They created a group called Les Courageuses (The Courageous Ones) and alleged Rozon abused at least 20 women between 1982 and 2016.

The women are seeking $10 million in damages.

Rozon had fought the legal action and was unsuccessful in a separate motion in having the words “rape” and “sexual predator” removed from the women’s court filing.

Couple survives being buried in mudslide on BC highway

A Saskatchewan couple is recovering in hospital after a mudslide swept them off a cliff in British Columbia.

Don Struthers says his brother-in-law Gabe Rosescu and his girlfriend Sheri Niemegeers were en route to Nelson, B.C., when a tree fell in their path. He says Rosescu didn’t have a chance to brake and before they knew it, they were “engulfed by mud and trees.”

Struthers says the first person to arrive was a firefighter, who heard Rosescu yelling for help and found him “chest deep” in mud.