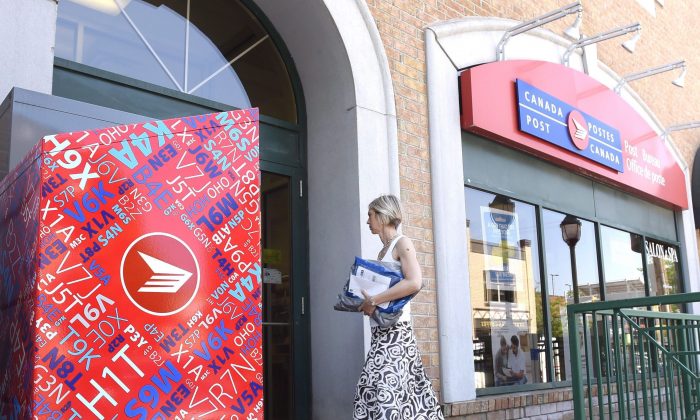 Canada Post should not be allowed to open the teller window: Banks

OTTAWA— The Canadian Bankers Association says Canada Post should not be allowed to expand onto its turf as a means of generating needed revenue.

While Canada Post itself has said little about getting into banking, the Canadian Union of Postal Workers has strongly promoted the idea. The union says while thousands of towns and villages across Canada do not have a bank, many of them have a post office that could provide financial and banking services.

Postal services in many other countries provide banking services, and Canada had such a system from shortly after Confederation until 1969.

Notley unfussed with unite the right ‘do si do’

CALGARY—Alberta Premier Rachel Notley says the do-si-do taking place between the province’s two right-of-centre parties hasn’t changed how the NDP plans to tackle the next election.

She said at the premier’s annual Stampede Breakfast in downtown Calgary that her party’s strategy won’t change if longtime Alberta MP Jason Kenney succeeds in making willing dance partners of the Progressive Conservative and Wildrose parties.

“In the next election, regardless of how many different parties have popped up or disappeared or come together or done the little do-si-do with each other, it won’t matter because we’ll run on our record, the same record that Albertans chose in the last election, and that’s my focus.”

Father of missing Calgary girl pleads for her return

CALGARY—The father of a missing Calgary girl is pleading with anyone who might have information to “do the right thing.”

Colin Marsman says in a statement that five-year-old Taliyah Leigh Marsman is his “light” and he loves her with all his heart. He asks that she be allowed to come home to her family.

Police issued an Amber Alert for the girl early Tuesday, July 12, after her mother, Sara Baillie, was found dead in a basement suite where the two lived.

Officers say family members last saw Taliyah on Sunday morning and became concerned when Baillie failed to show up for her job at an airport restaurant. Police say they’re investigating the death as a homicide.

Police said Wednesday that a girl matching Taliyah’s description was spotted with a stocky black male in the Calgary neighbourhood where she lived about nine hours before her mother was found dead.

LAVAL, Que.—A Canada Post letter carrier was attacked by two pit bulls while on the job north of Montreal on July 11.

The mailman was bitten on his hand and forearm in a residential district of Laval and treated on the spot by first responders before being taken to hospital.

The dogs’ owner was given four tickets totalling $696—two for having them off their leash ($77 each) and two more for the actual bites ($271 apiece).

The issue of banning pit bulls in Quebec has raged as of late after several attacks, with one causing the fatality of a Montreal woman.

OTTAWA—Sen. Patrick Brazeau will no longer face trial over his Senate housing expenses.

The Crown has withdrawn one charge each of fraud and breach of trust that the RCMP laid against the Quebec senator more than two years ago.

The Crown says it no longer believes there is a reasonable prospect to convict Brazeau. The decision paves the way for Brazeau to return to the Senate in full standing with access to all the resources of his office.

It also closes one of the last remaining doors on the Senate expense scandal and the sweeping RCMP investigations that followed.