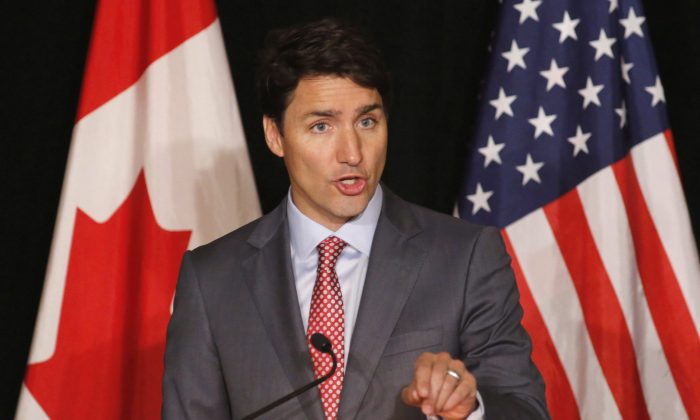 Trudeau to visit Canadian troops in Latvia ahead of NATO summit

Prime Minister Justin Trudeau will visit Canadian troops in Latvia before attending the NATO summit in Brussels next week.

The Prime Minister’s Office says the visit will be an opportunity for Trudeau to reaffirm Canada’s commitment to the NATO alliance and Euro-Atlantic security.

The Canadian-led multinational NATO battle group was established in Latvia as the alliance’s response to Russia’s surprise annexation of Crimea in 2014 and its invasion of eastern Ukraine.

Canada’s leadership of the battle group represents its largest sustained military presence in Europe in over a decade.

The visit will mark the first-ever bilateral visit to Latvia by a Canadian prime minister.

Surrey Mayor Linda Hepner says she will ask the federal government for $10 million in funding for anti-gang programs in British Columbia’s fastest-growing city, where people are dealing with “emotional upheaval” after recent acts of gun violence.

Hepner says the money would be spent over five years after a task force aimed at preventing gang violence issued a report with six recommendations, including an expanded gang exit and outreach program that has been led by a combined police and border services unit for about 18 months in the province.

She said “dozens” of people have left gangs because of the program, which the province has committed to funding until the end of the year.

Efforts to revive only land link to Churchill dealt setback

Efforts to restore rail service to Churchill in northern Manitoba have fallen apart.

Hudson Bay Railway says talks have broken down after months of negotiations to transfer ownership of the crippled rail line to a consortium of northern communities.

The railway, owned by Denver-based Omnitrax, will only say a sale to the consortium may no longer be possible.

The rail line was damaged by severe flooding more than a year ago and Omnitrax has said it cannot afford the repairs. Since then, goods and people have had to be flown into the subarctic community at a much higher cost.

Hundreds of people remain out of their homes months after historic floodwaters swept through New Brunswick, destroying buildings and inundating highways.

Bill Lawlor, director of the Canadian Red Cross in New Brunswick, says 120 people are still in emergency accommodations while others have made alternate living arrangements until they can move back home.

He says some homeowners are having trouble finding tradespeople to do renovations during New Brunswick’s busy building and construction season.

Thousands of flood victims have registered with the Red Cross, which has extended its deadline until July 13.

After years of waiting, Quebecers will finally be able to advertise their name, passions, or interests for all to see on the licence plate of their vehicles.

The Quebec government announced July 6 that personalized plates will be available for purchase online as of July 27. They will sell for $250 and renewal will cost drivers $34.50, which falls within the range charged elsewhere in Canada.

Most Canadian jurisdictions offer such plates with costs ranging from around $100 to about $340. It is also a widely available option in the United States.

Transport Minister Andre Fortin cited a recent study by the province’s automobile insurance board suggesting 40 percent of drivers are interested in vanity plates.