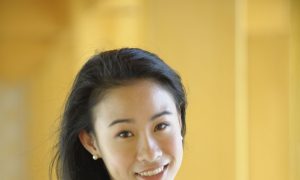 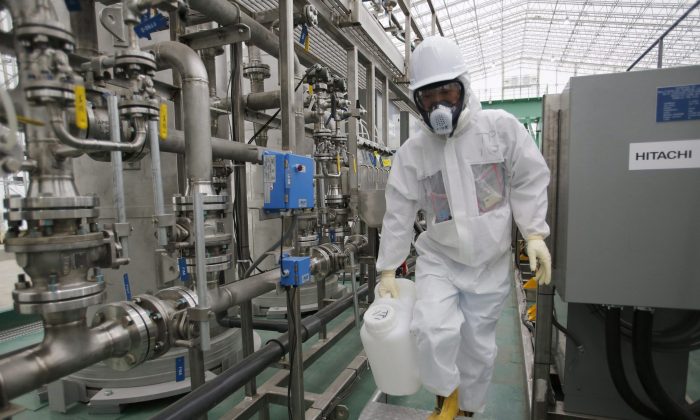 OTTAWA—Environmental groups are urging the Canadian Nuclear Safety Commission to release a study on nuclear disaster scenarios that they say was suppressed.

The commission released a study last year looking at health and environmental consequences of accident scenarios, following the Fukushima nuclear disaster in Japan, but the groups say it wasn’t released in full.

Greenpeace, the Canadian Coalition for Nuclear Responsibility, and other environmental organizations say emails obtained through access to information requests show management at the nuclear commission censored the original draft.

They say the original study analyzed the impacts of a Fukushima-scale accident at the Darlington nuclear plant, 70 kilometres east of Toronto, but that wasn’t included in the version released to the public.

The groups cite an email from the director of the Darlington regulatory program division that says it would become a “focal point of any licence renewal” and would be used “malevolently” in a public hearing.

The nuclear commission held a hearing Aug. 19 in Ottawa on Ontario Power Generation’s application to extend the operating life of four aging Darlington reactors and the environmental groups want the Fukushima-scale analysis released before public submissions are due next month.

TORONTO—Experts say the risk of wildfires will linger in much of Western Canada in the coming months as hot and dry weather continues to dominate.

In its fall forecast released Aug. 19, AccuWeather predicts the region will see an abnormally high number of days over 30 degrees away from the coast into early October.

The forecasting service says unusually high temperatures in the northeastern Pacific and a stubborn high-pressure system are expected to keep Pacific storms and Arctic fronts away from the region.

Thousands of wildfires have broken out in Western Canada this season, prompting evacuations, an unprecedented need for emergency services and a call for help from the premiers of B.C. and Saskatchewan.

The organization says Ontario and Quebec will get more of a typical fall, but that below-normal rainfall will continue into October, and that northern Quebec, Labrador, and the Maritimes can expect some early periods of chilly weather.

VANCOUVER—A key player in a public battle about academic freedom at the University of British Columbia says he’ll remain chairman of the board of governors and that a critic should file a formal grievance.

The clash between John Montalbano and Prof. Jennifer Berdahl erupted after she blogged that former president Arvind Gupta “lost the masculinity contest” before abruptly quitting on Aug. 7.

The faculty association is demanding answers about Gupta’s resignation but the board of governors has stayed mum, citing confidentiality.

Berdahl alleges in another blog that her superiors criticized her for “embarrassing” UBC’s governors and tried to silence her, while the faculty association says it has lost confidence in Montalbano.

Montalbano says he didn’t ask Berdahl to retract her blog or threaten funding for her position and that he didn’t intend to impinge on her academic freedom. He says he has invited Berdahl to grieve the issue under the collective agreement to determine if her allegations are valid.

CALGARY—The group that owns the Calgary Flames hockey club and Stampeders football team has revealed plans for a $900-million project to build a new home for the two teams.

The plan calls for a 20,000-seat arena that would replace the Scotiabank Saddledome where the NHL Flames currently play. It also includes a 30,000-seat indoor football stadium for the CFL Stampeders that would also serve as a fieldhouse.

The facilities would be built on the western edge of Calgary’s downtown along the Bow River, where the city’s Greyhound bus depot and some car dealerships now sit.

The land would have to be decontaminated as it was the site of a creosote wood-treatment plant until the 1960s.

It’s expected planning and decontamination would take up to two years, with another three years of construction after that. The City of Calgary would be the owner of the facility once it was built.

OTTAWA—The family of a 13-year-old air cadet who died at a Nova Scotia military base earlier this month says he had a sudden and severe asthma attack.

The family of Gabriel Comeau says the attack could have happened anywhere and they are thankful he had access at a cadet training centre to immediate medical care, which they described as the “finest quality.”

“They went above and beyond to try and save our boy,” the family said in a statement released Aug. 19 by the Department of National Defence. “We are so thankful for the whole team that responded that day.”

Gabriel, who was from Quispamsis, N.B., fell ill on Aug. 4 in his accommodations at 14 Wing at Canadian Forces Base Greenwood. The boy was taken to the base’s medical clinic and later transferred to a hospital in Kentville, N.S., where he was pronounced dead.

Gabriel was taking a three-week basic fitness and sports course, which promotes healthy living. About 1,000 cadets ranging in age from 12 to 18 go through the summer program.