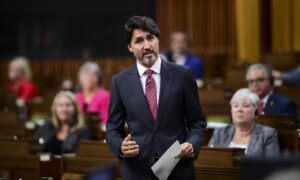 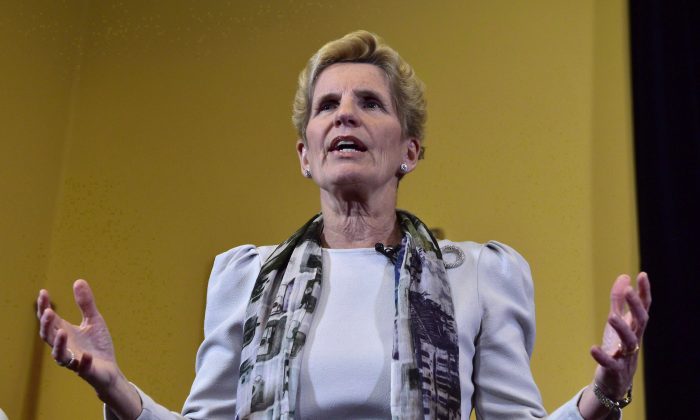 The Ontario government is pushing back against New York State’s Buy American law by limiting public sector procurement with suppliers in that state.

A new regulation that took effect April 1 restricts government contracts with New York State suppliers, specifically when it comes to the use of structural iron.

In a statement April 2, Ontario Premier Kathleen Wynne said the move is a response to legislation that took effect in New York State last weekend requiring the use of American-made iron in certain government road and bridge construction projects.

Wynne said Ontario’s regulation is meant to level the playing field, and will immediately be repealed if New York State abandons its Buy American restrictions.

A report from an international environmental group is calling for action to reduce the large amount of food wasted in Canada.

The Commission on Environmental Cooperation says Canadians are among the heaviest wasters of food on the planet. It says that from farm to table, almost 400 kilograms of food annually is wasted or lost per every Canadian.

The report says food thrown out by consumers accounts for the biggest part of that. It also says wasted food creates 21 million tonnes of greenhouse gas emissions from landfills.

The report doesn’t address consumer food waste, but it does say restaurants should consider reducing portion sizes for the meals they serve.

The federal government is making television and film executive Catherine Tait the first woman to head the CBC/Radio-Canada in the organization’s history.

Tait, 60, has worked in the film and television business in Canada and the United States for more than 30 years. She lives in New York and is currently president of Duopoly, a company that produces digital, television and film content.

Her appointment is the latest in a series of moves the Liberals have made at the public broadcaster that began in 2016 when it boosted funding to the CBC by $675 million over five years.

Environment Canada’s senior climatologist says he’s surprised how long winter is lasting on the Prairies and warns the cold temperatures could persist through the end of April.

Temperatures in the region were still in the negative double digits April 3, with lows reaching -27 C with the wind chill in parts of Saskatchewan and Manitoba. In southern Alberta, a snowfall warning is calling for up to 20 centimetres of the white stuff.

The operators of one of Vancouver’s last independent movie theatres say they have received an extension from their landlord to save the Rio Theatre.

A message posted on the theatre’s Facebook page early April 3 says the new deadline to raise $3 million to get approved for a mortgage has been pushed to April 16.

A 30-hour fundraising campaign which ended at midnight raised more than $383,000 toward a $1 million goal, with the remaining $2 million expected to come from private investors.

The operators say zoning changes have attracted developers who want to tear down The Rio for a new project.