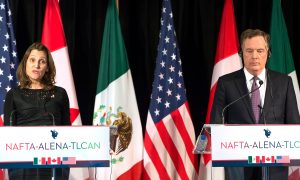 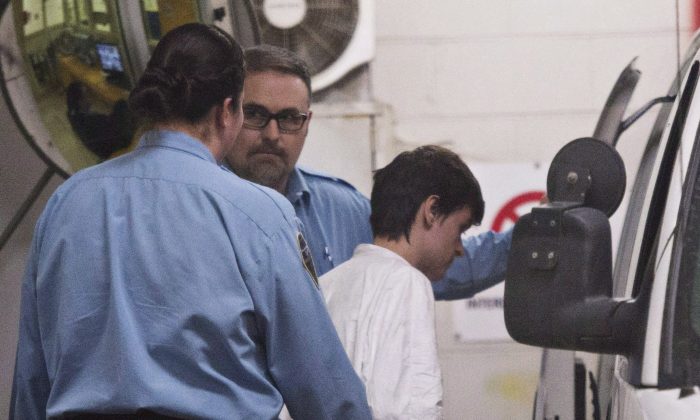 Alexandre Bissonnette is escorted to a van on Jan. 30, 2017, after appearing in court in Quebec City for a deadly shooting at a Quebec mosque. (The Canadian Press/Jacques Boissinot)
Canada

A forensic psychiatrist hired by Alexandre Bissonnette’s lawyers says he didn’t think they could successfully mount a defence of not criminally responsible for their client.

Sylvain Faucher met with Bissonnette twice in 2017 to determine whether such a defence would be possible. He concluded it wouldn’t be because the man who killed six worshippers in a Quebec City mosque in January of that year understood his acts and was capable of knowing if they were good or bad.

Faucher said Bissonnette’s mental state wasn’t altered in any major way. He was testifying at Bissonnette’s sentencing arguments in a Quebec City courtroom on April 24.

Former Ontario Progressive Conservative leader Patrick Brown has filed a defamation lawsuit against CTV News over its reporting of what he alleges are false accusations of sexual misconduct.

Brown, who stepped down in January hours after the CTV report, alleges the network and several journalists involved in the story acted maliciously and irresponsibly in publishing the accusations brought forward by two women.

In his statement of claim, Brown says CTV and its reporters failed to properly scrutinize and verify the allegations, which date back to his time as a federal MP. He further alleges the network gave him only hours to respond before broadcasting the story on Jan. 24.

University of Alberta stands by decision to give Suzuki honorary degree

The University of Alberta is standing by its decision to give David Suzuki an honorary degree despite growing criticism.

Earlier this month, the university announced that the longtime environmentalist will be one of 13 people to receive the honour later this spring.

That led to criticism from some professors, donors and alumni—including some in the oil and gas industry—who said they would withdraw donations and partnerships.

University president David Turpin has issued a statement saying the school won’t change its mind, saying the university’s reputation is founded on the principles of freedom of inquiry, academic integrity, and independence.

An international Inuit group is angry they weren’t informed that a rocket stage likely containing highly toxic fuel is set to splash down in waters they routinely hunt for food.

The rocket is a repurposed Russian missile being used to launch a satellite for the European Space Agency.

Eegeesiak says the launch violates the principles of free, prior, and informed consent as well as federal promises to protect Canada’s oceans.

Canada is an associate member of the European Space Agency and routinely contributes over $20 million a year to its operation.

Two Humboldt Broncos players are no longer listed in critical condition in a Saskatoon hospital following a crash that killed 16 people.

The Saskatchewan Health Authority says the patients continue to receive treatment along with four others from the junior hockey team.

It would not provide further details on their conditions, saying only that none of the six are critical. Several others have been released or transferred to hospitals near their hometowns.

The team’s bus and a semi truck hauling peat moss collided while the bus was on the way to a playoff game in northeastern Saskatchewan on April 6.