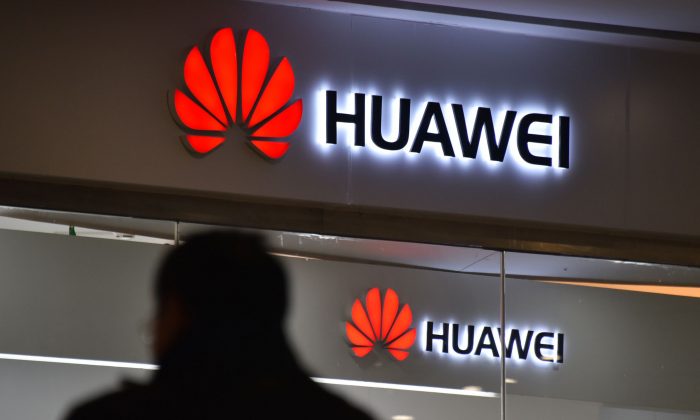 A man walks past a Huawei store in Beijing on Dec. 10, 2018. (GREG BAKER/AFP/Getty Images)
Thinking About China

Canada, Huawei, and the 5G Network

The Trudeau Government, currently immersed in serious rule of law issues with its highly-respected former justice minister Jody Wilson-Raybould, should delay announcing this decision for as long as feasible to avoid creating further problems for three Canadians imprisoned and no doubt being mistreated in China.

Read More
Canada Must Face All Aspects of Huawei Problem

Michael Kovrig and Michael Spavor were arrested shortly after Huawei’ s Chief Financial Officer Meng Wanzhou was arrested and quickly released on bail in Vancouver under Canada’s extradition treaty with the United States. The U.S. Justice Department alleges that her company used a subsidiary to evade American sanctions on doing business with Iran.

China’s ambassador to Canada, Lu Shaye, has threatened “repercussions” for Canada if Huawei is banned from our 5G network for security reasons.

This was entirely predictable, but China watchers know that the Beijing party-state fulfills agreements only while advantageous to it to do so. For example, having ratified the UN Convention on the Law of the Sea, it ignored the ruling of its international tribunal at The Hague, claiming that nearly the entire South China Sea is its territory.

Three of the 5 Eyes Allies—the United States, Australia and New Zealand—and some of their largest companies have banned Huawei technology from use in “critical” core 5G components of their telecom networks, but Canada and the U.K. have not done so.

This week, the U.K.’ s cyber security agency warned that Britain must understand the potential “opportunities and threats” of using Chinese technology.

Most UK mobile phone companies have been working with Huawei on 5G, but a government review due in March or April will determine whether  anything will go ahead. A recent report from the Royal United services Institute said it would be “naive” and “irresponsible” to allow Huawei access.

Huawei’ s founder, Rian Zhenghou, has denied allegations that the company’s equipment has been used for spying. “Huawei needs to abide by Chinese laws and also by laws outside China if we operate in those countries,” he declared. Anyone knowing how Beijing micro-manages both state-owned and private enterprises internationally today is aware that this statement is probably self-serving sophistry.

In 2012, the U.S. House Intelligence Committee published a report concluding that Huawei posed an unacceptable risk to national security because of fears that its technologies could be used by Beijing to spy on Americans. Since then, both the Obama and Trump administrations have pushed to ban Huawei from core infrastructure.

A Canadian auction on our 5G network is supposed to occur in 2019 or 2020, but no date is officially set for concluding the current investigation into Huawei’s 5G technology.

Under Canada’s foreign investment protection agreement of 2014 with China, Huawei Canada—as an existing investor that already owns assets and has business relationships here—“can bring a claim at any time against Canada, for any kind of regulatory action,” says Gus Van Harten, a professor of investor-state dispute settlement (ISDS) mechanisms in treaties like this one. “If Canada blocks Huawei from 5G, taxpayers could face a lawsuit claiming hundreds of millions of dollars—possibly billions.”

He adds that the most dangerous part of the treaty from Canada’s perspective is Article Four, which requires “fair and equitable treatment and full protection and security” for Huawei investments.

The downside from a security standpoint is that our security professionals are concerned that the network could also act as a vast spying tool for those who might wish to exploit it.

According to FBI Director Christopher Wray, Huawei’s smartphones can be used to “maliciously modify or steal information,” and “conduct undetected espionage.”

In short, Canada is currently between a 5G rock and a 5 Eyes hard place.