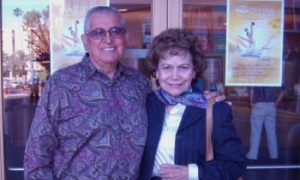 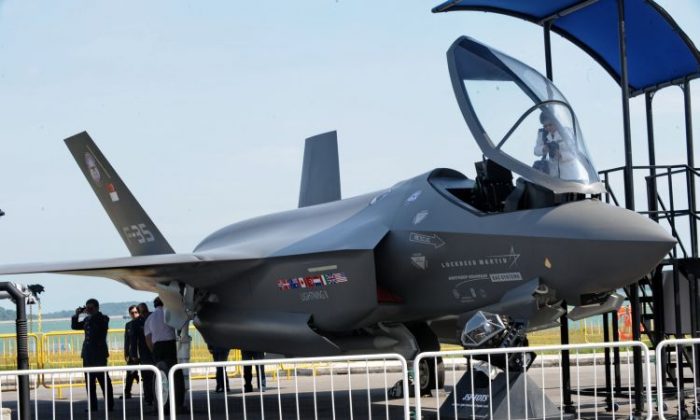 Visitors take a closer look at a Lockheed Martin F-35 fighter jet at the Singapore Airshow on Feb. 2, 2010. Canada’s participation in the Joint Strike Fighter program is under close scrutiny for overrunning cost estimates. (Roslan Rahman/AFP/Getty Images)
US

Until recently, Canada was the staunchest supporter of the F-35 Joint Strike Fighter program—even more so than the U.S. government. Now that’s changed.

Up until last week, the ruling Conservative Party had maintained unequivocal support for the joint development and acquisition program, even though it was the preceding Liberal government that had initially joined the deal. It fell to the Conservatives, however, to defend Canada’s planned purchase of 65 fighter jets—even as cost estimates soared to $150 million from an original price tag of $75 million per plane.

Defending it has been a tough slog for Ottawa. While partner countries have scaled back their participation, or voiced concerns about the final bill for the jets, Canadian Prime Minister Stephen Harper and his defense officials stood behind the program as the only option for Canada’s men and women in uniform.

The U.S. Department of Defense has already cut its own purchases of the jet; while the U.K. has confirmed it plans to do the same. Italy’s sovereign debt problem has forced it to trim its purchase, and other countries have expressed concerns with the rising costs sparking reports of possible withdrawals.

But fractures began to appear in Canada’s commitment to the F-35 last week when the Conservatives opened the door to purchasing something other than the fifth-generation stealth fighter.

Until then, the Tories had deflected reports of cost overruns by saying the late delivery date Canada was planning for its F-35s would protect against cost overruns seen early in the production process.

Just weeks before, Associate Defense Minister Julian Fantino, the government’s chief defender of the F-35, had described the plane as “the best and only aircraft that meets the needs of Canada’s armed forces.”

Now he is emphasizing that Canada has not yet signed a contract to purchase the fighter jets. When Fantino appeared before Parliament’s defense committee on March 13, he testified that the government had not ruled out backing out of the program.

The government, and Canada’s own defense contractors, had argued it was key Canada stay in the program to get a piece of the pie as contracts were parceled out to participating countries. Canada has received $300 million worth of contracts so far, says the government.

Ferguson’s report will be released April 3 with a portion dedicated to scrutinizing whether the government did its due diligence in participating in the program and deciding to purchase the F-35s.

Canada’s Department of National Defense maintains that the average unit acquisition cost of the F-35 will be $75 million, including upgrades and overhaul—the price Lockheed Martin first touted in 2001.

The PBO forecasted that the average unit acquisition cost of the F-35 will be approximately $128 million—excluding upgrades and overhaul. The U.S. Department of Defense’s 2012 budget estimates puts flyaway unit cost at $151 million, notes the report.

If Ferguson confirms those figures, it will prove near impossible for the government not to respond.

Until now, Defense Minister Peter MacKay has pledged Canada will stay within its $9 billion budget for the program.

With a minimum of 65 jets needed to make the fleet sustainable, that budget will be impossible to keep if costs change substantially.

The government maintained as late as last Friday they are still committed to the program.

The F-35 is the final selection of the Joint Strike Fighter program, a U.S.-led effort to procure a fifth-generation fighter jet to replace a wide variety of other fighters. Partners in the program, including Canada, the U.K., Italy, the Netherlands, Australia, Denmark, and others, get to participate in the production of the jet with commitments to fund part of its research and development.