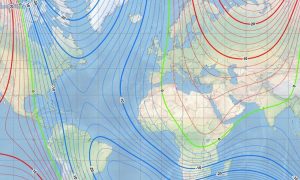 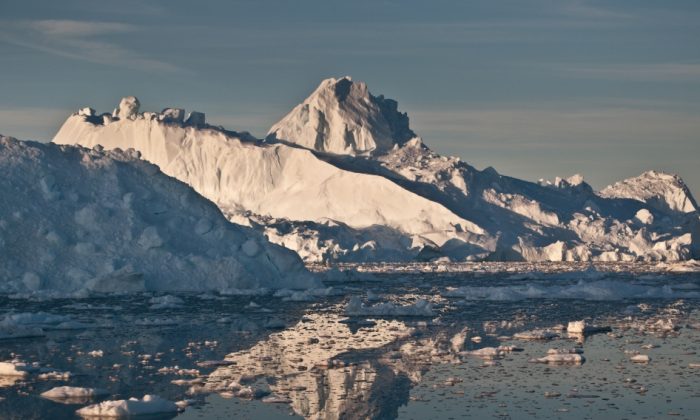 Canada has finally made its case that the top of the world flies the Maple Leaf.

After years of delay and political debate, Canada has submitted its scientific argument for control of a vast portion of the Arctic seabed, including the North Pole, to the UN body that will evaluate it.

Denmark and Russia have already released their own evidence that the Pole and good bits of the sea floor around it—including any resources they hold—should belong to them.

“All of the countries involved recognize that there will have to be boundary negotiations at some future point,” said Michael Byers, professor of international law at the University of British Columbia.

On May 23, Canada submitted 1,200 pages of scientific evidence to prove that the continental shelf from the High Arctic islands extends past 200 nautical miles from shore. It includes a contested section of sea floor that stretches from the top of Ellesmere Island along an undersea ridge to the Pole and more than 200 kilometres past it.

Russia says that same undersea ridge originates from its continental shelf. Consequently, it argues all of the sea floor alongside the ridge from Russia’s coast to just past the Pole belongs to the bear.

The Danes say the ridge is associated with Greenland, so it is theirs right up to Russian territorial waters.

“Continental shelf overlaps are a normal part of the process,” Stefano Maron of Global Affairs Canada wrote in an email.

Canada was expected to file a submission five years ago that would have stopped just shy of the Pole. That submission, the result of years of research costing more than $100 million, was pulled at the last minute.

Reports suggested that was due to a direct order from then-prime minister Stephen Harper, who felt the submission should be for a much larger area. Documents obtained by The Canadian Press suggest the move surprised both bureaucrats working on the file and Canada’s Arctic neighbours.

Additional research expeditions were mounted every summer from 2014 to 2016, say government officials. No cost figure was provided.

The submission on May 23 shows there is evidence to back Harper’s decision, said Rob Huebert, an Arctic expert from the University of Calgary.

“It totally validates it. If you actually have a look at what has been submitted, it is a substantial chunk.”

Byers and Huebert said the negotiations to come will be based more on the principle of equidistance than undersea geography. That principle holds that a maritime boundary is drawn along a line equidistant from the shores of neighbouring nations.

It’s still worth having done the research, said Huebert, if only to prove there’s a need to negotiate.

“You had to determine you had a continental shelf. That was the first and necessary step. If we’d only gone up to the North Pole, to a very large degree we would be ceding everything the Russians and Danes were putting within their claim.

“It doesn’t mean you’re going to get everything you want, but now it becomes much more possible.”

Byers has his doubts.

He points out that the equidistance principle will probably give the Pole to the Danes. Canada’s submission tacitly acknowledges that, he said, because it stops partway along the ridge.

“Why bother spending hundreds of millions of dollars mapping the seabed in an area you know will fall to the other country at the conclusion of negotiations?” Byers asked.

“Our scientific claim might be valid. The North Pole is on the Danish side of an equidistance line.”

The people who actually live in the Arctic welcome the federal submission.

“I’m pleased Canada has done this work,” said Monica Ell-Kanayuk of the Inuit Circumpolar Conference. She noted the submission was made in consultation with Inuit.

The UN Commission on Limits of the Continental Shelf will review the validity of the science done by all three countries. It’s expected to be years before negotiations begin.