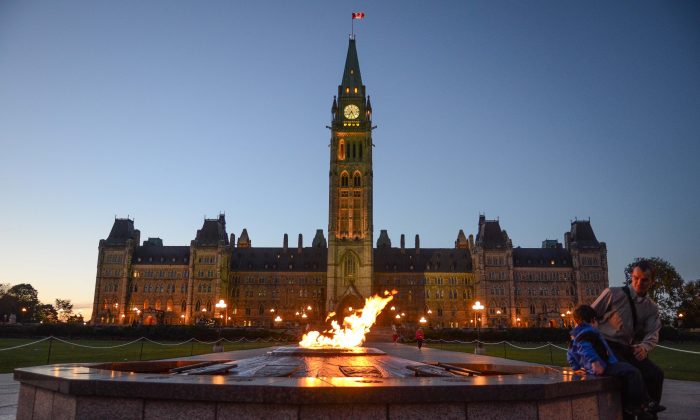 OTTAWA, Canada—Canada has escaped or prevented terrorist attacks on its own soil so far, but one security expert warns, that luck might not hold.

“Osama Bin Laden had identified a small handful of countries to be targeted by Al Qaeda, and one of those was Canada, and Canada remains the only one not to have been hit,” said David Harris, a former contractor for the Canadian Security and Intelligence Service.

Harris, now a security advisor, warns that Canada’s relative safety has lulled it into complacency. He worries the country is not doing enough to screen immigrants and warns that there are terrorist groups actively recruiting in the country.

Harris said the U.S. has long been concerned about Canada’a security policy, but that allied countries are very reluctant to criticize their allies over such polices.

“The sense that I think many would have is that American security people are increasingly noting some of the lapses, whether in immigration policy or in other terms in Canada, that could represent ultimately a threat to United States security.”

His warning comes as Canada faces a direct threat from the Muslim terrorist group ISIL, also know as ISIS or IS. In a recording, the group’s spokesperson Abu Muhammad Al-Adnani, encouraged attacks against several western countries, including Canada.

“If you can kill a disbelieving American, or European—especially the spiteful and filthy French—or an Australian, or a Canadian…Kill him in any manner or way,”

Harper said Canada is looking at how to deal with domestic threats, including laws to monitor and take action against people and groups who pose a threat.

He also points to boots Canada has put on the ground in Iraq, which includes humanitarian aid and military advisors.

“Our military presence and our military assistance to people on the ground who are resisting the growth ISIL is a very important component of that activity.

The problem is a gnarly one. Canada hasn’t set itself a combat role in the ongoing conflict but will contribute 69 special forces personnel to advise Iraqi forces battling ISIL.

“These are terrorist groups that have killed people with abandon, with complete lack of regard for civilian populations,” he said, refusing to disclose exactly how many passports have been revoked.

“This government will do whatever we need to do to ensure under the law Canada’s national security is upheld, and that includes the revocation of passports.”

According to a Public safety report by the Canadian government, there are “about 30 individuals with a Canadian connection in Syria who are suspected of involvement in terrorism-related activities.” At the beginning of the year, the government believed 130 people abroad with suspected links to terrorist organizations.

Daryl Kramp, chair of the Canadian parliament’s national security committee said ISIL forces are acting with a “repugnant religious fanaticism” and getting rid of them will be difficult.

“It would have been much easier to prevent than it is to deal with it,” said Kramp. “I think it’s going to have to take a real willingness from a global perspective to deal with this.”