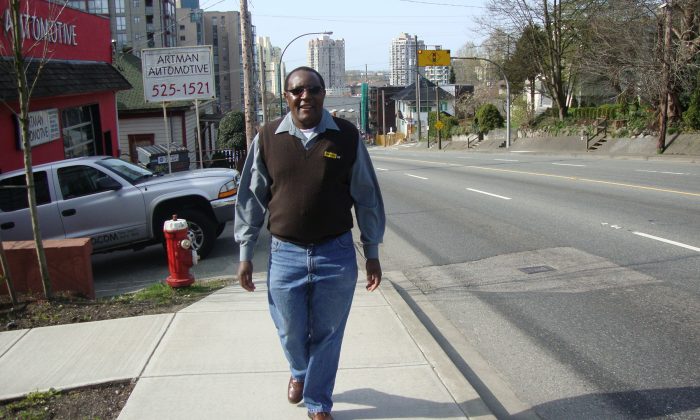 When Lawrence Chidzambwa was trying to decide which country he would immigrate to, Canada stood out as a clear contender above the rest.

It had an excellent reputation—welcoming to newcomers, a good place to raise children—and came highly recommended by friends and family who had already immigrated here.

But there was another, more tragic reason that prompted the 54-year-old Zimbabwe native to move to Canada: a vicious racial attack on his son.

Chidzambwa had been living in London, England, with his wife and five children while he completed a doctorate and established his career developing healthcare information systems.

At that time his son, Mapfumo, was in his second year of doctorate studies at Ireland’s University College Dublin. One night he ended up at a house party by accident while driving a friend on an errand.

Upon leaving the party, he and other attendees discovered two men who had been thrown out of the party earlier vandalizing vehicles parked outside. Although unprovoked, the men immediately lunged at Mapfumo, clubbing him relentlessly with a hurley stick and golf club.

Hospitalized for two months after the beating, Mapfumo was left permanently disfigured and blind in one eye. Witnesses to the assault told police that one of the men could be heard shouting “Do you want to see me crack a n—–r’s skull?”

“He was attacked for no reason, a racial attack, and we nearly lost him,” says Chidzambwa. “They had to rebuild his face, he lost his eye. That was a traumatic experience.”

Another concern was that Chidzambwa’s two youngest children were being bullied at the London school they attended. Sometimes they would have to find alternate routes home to avoid getting harassed. Other times Chidzambwa would drive to the school and pick them up because they were too scared to walk alone.

Coming from post-colonial Zimbabwe, Chidzambwa was determined to raise his children in a tolerant society, where they could be free of the burdens of violence and discrimination. He also worried they could turn to one of London’s many street gangs for protection or community.

Canada, he decided, was the answer.

‘They Love it Here’

He arrived in Vancouver with his wife and two youngest children in December 2012, and was immediately impressed with how welcoming and trusting Canadians seemed. Upon moving into his first apartment, his landlady, who wasn’t able to be there to meet him, made sure to leave his apartment door unlocked so that he could settle in and cook a meal before she got there to give him the keys that evening.

“That was one of the major surprises that hit me, because you couldn’t do that in the U.K., you couldn’t leave your door open,” he recalls. “It just actually solidified the other good things that I had heard about Canada.”

His family settled quickly. His wife Mercy found work as a care aid, one of his children enrolled in the University of British Columbia, and the other found a job. So far they have had a positive experience free of racism or bullying.

“They love it here, everybody loves it,” says Chidzambwa.

The biggest struggle for the family is that Chidzambwa has yet to find work, despite his PhD and IT consulting experience. He knew finding a job in his field would be challenging but 18 months later, the search is taking its toll.

“It’s worrying because it’s taking so long,” he says. “One of the things that I look into the future for is to be a model for my family. I want them to have someone to look up to.”

On the advice of his employment counselor Chidzambwa volunteered for the Library Champions program, part of the public library’s New to BC initiative. Through the program, he and other “champions” act as library ambassadors in their community, helping other immigrants utilize library services to help their transition into Canadian society.

The program has helped him meet new friends, expand his network, gain Canadian experience and understand the local workplace environment, he says. Currently volunteering with various non-profit organizations, he hopes to leverage the experience to find paid work.

A permanent resident, Chidzambwa remains optimistic about the future and plans to celebrate Canada Day with a family lunch and take part in Vancouver’s festivities.

“Canada Day is a day which reinforces the hope that we still hold,” he says.

“We are still settling down and a few things are a challenge but the welcoming and friendliness we saw … and the stories we hear from friends and colleagues gives us hope that things will turn out well in our new home.”