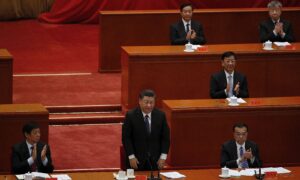 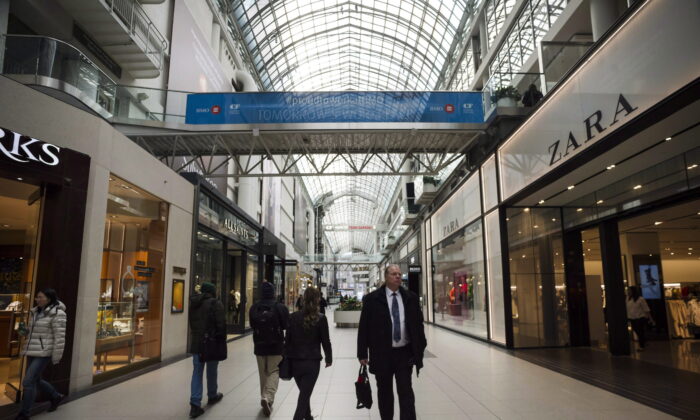 Cadillac Fairview embedded cameras equipped with facial-recognition technology in digital information kiosks to discern customers' ages and genders, according to an investigation by the federal, Alberta, and B.C. privacy commissioners. (The Canadian Press/Christopher Katsarov)
Canada

OTTAWA—On Thursday, privacy watchdogs revealed that five million images of shoppers’ faces were collected without their consent at a dozen of Canada’s most popular malls.

Real estate company Cadillac Fairview embedded cameras equipped with facial-recognition technology, which draws on machine-learning algorithms, in digital information kiosks to discern customers’ ages and genders, according to an investigation by the federal, Alberta, and B.C. privacy commissioners.

But the commissioners had no authority to levy fines against the firm, or any companies that violate Canadians’ personal information, an “incredible shortcoming of Canadian law that should really change,” B.C. information and privacy commissioner Michael McEvoy said in an email.

The revelation shines a light on the legal void around algorithmic technology. Despite its status as an artificial-intelligence hub, Canada has yet to develop a regulatory regime to deal with problems of privacy, discrimination, and accountability to which AI systems are prone, prompting renewed calls for regulation from experts and businesses.

“We are now being required to expect systematic monitoring and surveillance in the way that we walk down the road, drive in our cars, chat with our friends online in small social-media bubbles. And it changes the way that public life occurs, to subject that free activity to systematic monitoring,” said Kate Robertson, a Toronto-based criminal and constitutional lawyer.

At least 10 Canadian police agencies, including the RCMP and Calgary and Toronto police services, have used Clearview AI, a facial-recognition company that has scraped more than three billion images from the Internet for use in law enforcement investigations, according to a report co-written by Robertson.

Other Ontario police forces also may be “unlawfully intercepting” private conversations in online chat rooms via “algorithmic social-media surveillance technology,” according to the September report from the University of Toronto’s Citizen Lab and International Human Rights Program.

Clearview AI said in July it will no longer provide facial recognition services in Canada, but many companies offer similar services.

“We have seen the lack of clear limits and focused regulation leaving an overly broad level of discretion in both the public and police sectors that is a call to action for governments across the country,” Robertson said in a phone interview.

Public trust in artificial intelligence becomes increasingly crucial as machine-learning companies move from the conceptual to the commercial stage, she said. “And the best way to trust AI is to have clear regulations.”

The regulatory vacuum also discourages businesses from deploying AI, holding back innovation and efficiency—particularly in hospitals and clinics, where the implications can be life or death.

“I strongly believe AI can be extremely helpful in the diagnosis and treatment of different diseases. But when human wellbeing can be affected, it is important to have the right regulations in place to ensure we do AI in a responsible way,” Bessega said.

Innovation Minister Navdeep Bains tells The Canadian Press that an update to 20-year-old privacy legislation is due “in the coming weeks” to address gaps in personal-data protection, but refused to nail down a timeline.

The would-be law should “empower Canadians to have better accountability and to promote responsible innovation,” he said.

In June, Canada, France and 13 other countries launched an international AI partnership to guide policy development with an eye to human rights, with its working group on responsible AI co-chaired by Bengio (who also co-chairs the advisory council). But drafting laws is beyond its mandate.

“Canada’s approach to AI appears to be focused on funding research as opposed to developing regulations and governance structures,” according to a U.S. Library of Congress report from January 2019.