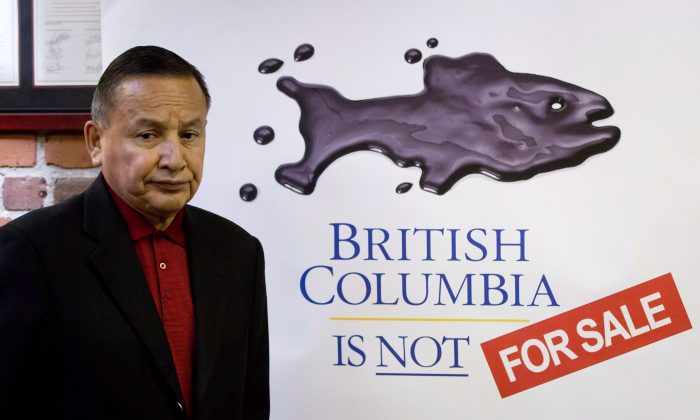 OTTAWA—Canada’s highest court has affirmed a small British Columbian Aboriginal community’s claim on a massive piece of land in a game-changing judgment that has major implications for the country’s booming oil and gas sector.

On June 26 the Supreme Court of Canada affirmed the Tsilhqot’in Nation’s claim on roughly 700 square miles of land—and, by extension, expanded the basis of all Aboriginal land claims in Canada.

It is the latest in a string of legal wins affirming Aboriginal legal rights regarding land. And it could fundamentally change the balance of power between Canada’s Aboriginal peoples and the provincial and federal governments over land use.

Previous court rulings required the federal and provincial governments to consult with Aboriginal peoples whenever decisions like approving a mine or pipeline affect Aboriginal rights or land title. But this ruling goes much further.

“Government and industry can’t merely serve notice that a particular corporation has interest in doing a particular project, and then they’ve fulfilled their duty of consultation and away they go,” Phillip said.

“Consent has been catapulted to the forefront as being a major issue, whereas 24 hours ago, government and industry merely flirted with some kind of consultation. Those days are gone.”

Phillip says the shift moves the government’s duty from vague consultations with Aboriginal governments toward getting actual consent, a change with wide-reaching implications.

The ruling is the final word in a legal battle stretching over a decade. It began when the Tsilhqot’in Nation objected to the Province of British Columbia giving a forestry company permission to log within their traditional territory.

The Tsilhqot’in won their first case in provincial court, but lost on appeal when the province argued that the Tsilhqot’in could lay claim only to specific sites they intensively used rather than the expanse of territory they hunted, fished, and guarded against outsiders for hundreds of years.

Business groups argued that a decision in favor of Tsilhqot’in would hurt the economy.

The Tsilhqot’in argued that a nation is more than the places where people live, it is the areas in between, and that they had occupied that territory and controlled it when others wanted to traverse or occupy it.

The Supreme Court agreed, granting the Tsilhqot’in Nation its original claim. And in doing so, the court laid out much higher requirements for provincial and federal governments that want to allow resource projects to move ahead on disputed Aboriginal territories.

The decision comes at a time of tense relations between Canada’s federal government and Aboriginal communities—which include First Nations, Inuit, and Métis peoples.
Under Prime Minister Stephen Harper, the ruling Conservative Party has prioritized developing Canada’s resource sectors, most importantly oil and gas.

Massive reserves remain land-locked and difficult to export from Alberta’s oil sands. In an effort to get oil sands crude to international markets, the government has made a full press on getting a number of pipelines approved.

The Northern Gateway Pipeline being proposed by Enbridge has been particularly controversial in British Columbia, Canada’s westernmost province. While the federal government approved the pipeline last week, the project still needs provincial approval.

But even if B.C.’s provincial government approves the pipeline, Enbridge still needs to get the many First Nations with territory along the route to agree. So far, there is little indication they will.

There could be as many as a dozen First Nations lawsuits launched against Enbridge if it tries to build the pipeline. And today’s ruling gives First Nations more powerful legal rights, should they move ahead with any of those lawsuits.

Grand Chief Stewart Phillip believes industry as well as governments must now give First Nations genuine consideration when developing resource projects—rather than the superficial consultations of the past.

“They have talked the talk and now they will have to walk the walk. The law has changed.”