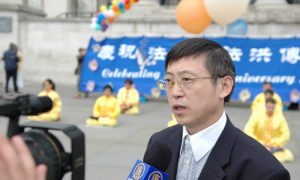 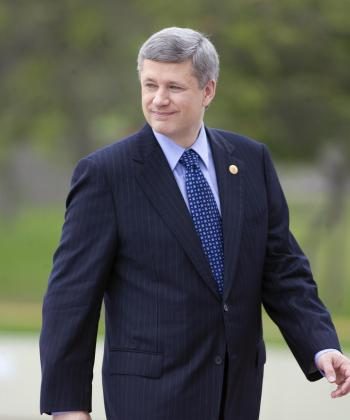 Canadians are facing the prospect of a having the elected Conservative government replaced by a coalition of the country's opposition parties after those parties cemented a deal to take control of the country's parliament.

Canada’s constitution demands the country’s leader be determined by election, but an odd precedent and the unique authority of the governor general may allow power change to take place without voters taking to the polls.

Prime Minister Stephen Harper infuriated the three opposition parties by proposing to cut public funding for political parties. Harper’s Conservative party, Canada’s right-most party, is the only political party that gets enough donations to not be dependent on government subsidies for campaign financing.

The opposition parties also say they are outraged the Conservatives did not immediately implement an economic stimulus package.

The uniquely Canadian turmoil is a result of a having a minority government, a government where the ruling party has fewer total seats in parliament than the sum of the opposition parties’ seats.

While the Conservatives hold the most seats, the Liberals, New Democratic Party, and the Bloc Quebecois hold a higher total of seats among them. In Canada’s parliamentary democracy, governments can be toppled if more members of parliament vote against the government than with it on crucial pieces of legislation.

In a normal scenario, the country would then head to the polls again, as has happened during two back-to-back minority governments that preceded this one.

But in 1926, then-Governor General Lord Byng, the British Monarchy’s representative in Canada, refused to dissolve parliament when that situation arose very soon after an election had just finished. Instead, he asked the Official Opposition, the title given to the party with the second-highest number of seats, to take control of the government.

Canada is a Commonwealth country and has a symbolic allegiance to Britain. While the governor general’s authority is largely symbolic, the governor general has the final say on constitutional matters. That said, it is widely believed the current governor general, Michaelle Jean, has limited options for how to handle the crisis.

Left and Right in Canada

The Liberals are considered a center-left party in Canada, although all political parties in Canada are more left-leaning than America’s Republican Party. In some ways the Conservatives look more like the Democrats in the United States than they do the Republicans, despite being the right-wing party.

The prospect of a coalition taking control of the government looks increasing likely as the country just had an election two months ago and it seems unlikely the governor general will send the country back to the polls.

Some commentators are particularly worried about a coalition taking control of the country because it would give significant weight to the Bloc Quebecois (BQ.) The BQ runs candidates only in the French-speaking province of Quebec. Its ultimate goal is to break the province away from Canada and form a separate country.

The coalition would be lead by Liberal leader Stephan Dion, who is only acting as a temporary leader of the Liberal party until a new leader can be chosen at the party’s national convention in May. Dion led the party to its worst defeat in its history in the election last October. Many blame his carbon tax/anti-poverty plan for that resounding defeat.

Editorials in Canadian newspapers are disparaging the entire situation, blaming Harper for what may become the worst political blunder in Canadian history, and lamenting the fact that one of the most unpopular party leaders in history is set to take control of the country.

People in Canada’s West, which generally vote Conservative, have been voicing outrage over what some describe as the “hijacking” of the government.

However, others have expressed that Harper brought this all on himself.

To avoid being toppled, Harper may try to suspend parliament. That decision, however, also rests with the governor general.