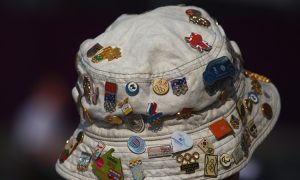 The Liberals have announced they would hold a non-confidence vote when their turn to set the House of Common’s agenda came up on Monday, Dec 1. Such a vote would normally force an election, but the Liberals have proposed forming a coalition government with the New Democratic Party (NDP).

The Liberals have said they would bring the non-confidence vote because they don’t trust Harper’s plan to deal with the economic downturn.

By way of a speech in the House of Commons' foyer on Friday night, Stephen Harper lauded his government’s measures to strengthen Canada's financial system and credit markets, describing them as "proactive" and "responsible." He criticized the opposition's move to form a coalition and oust his Conservative minority government.

"While we have been working on the economy, the Opposition has been working on a backroom deal to overturn the results of the last election without seeking the consent of voters. They want to take power, not earn it," Harper said.

The economic statement made last Thursday by the Finance minister, Jim Flaherty, includes plans to inject over half a billion dollars in equity to make more credit available to manufactures and other businesses. He also announced plans to cut government day-to-day expenses, and reduce wage increases for MPs and senators.

The opposition parties were outraged by a proposition to eliminate the $1.75 per-vote subsidy received by parties who obtain more that 2 per cent of the total vote. This measure, although alleviating a burden for Canadian taxpayers, favors the Conservative Party, which has a significant advantage in raising private money.

The Liberals stressed that more had to be done to support workers and businesses in the manufacturing, automotive and forestry sectors.

Their main claim is that the Harper’s government has failed to recognize the importance of the current economic crisis, and hasn’t proposed a stimulus package to spur the Canadian economy.

"We cannot support the plan the finance minister presented today. It's a plan to hide the deficit; it's not a plan to get our economy back on track," said Liberal leader, Stephane Dion, on Friday.

The Liberals came second in the last federal election in October, receiving their smallest-ever percentage of the popular vote (26 %) since Confederation in 1867.

In response to claims that he was shying away from a deficit, Flaherty restated on Friday his intention to launch a stimulus package if the economy worsens.

"I was very clear with Canadians yesterday and I will say it again: if we have to do more to stimulate the economy, even more than the two per cent of GDP we have already… we will do more, and that would put us into deficit."

The Conservative Party currently holds 144 of 308 seats in the House of Commons, 11 short from forming a majority. With a majority of the seats (155 or more) the government could implement its agenda without major interference from the opposition.

If the Liberal-proposed non-confidence motion was to pass, the Governor General of Canada could ask them to form a coalition government with other opposition parties rather than pull Canada into an election so soon after the last one.

The Liberals have been discussing that possibility with the fourth-ranking, left-wing New Democrats. Holding 77 and 37 seats respectively, this would give them only 114 seats, far from a majority and significantly less than the Conservatives.

As a result the Bloc Quebecois (BQ), the third-ranking party whose ultimate goal is to remove the Province of Quebec from the Canadian federation, would be highly influential. While it would not be included in the coalition government, the Bloc's input on many issues, by a matter of mathematics, would have to be taken into high consideration by the prospective Liberal-New Democrat government. Without the BQ's support, the coalition's motions could be easily thwarted by the Conservatives.