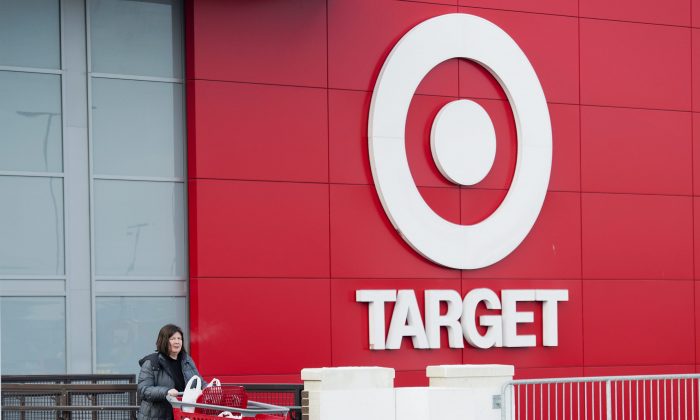 Shopper Laura Steele leaves a Target store in Toronto on Thursday, Jan. 15, 2015. More than 17,600 Target employees will eventually lose their jobs when the U.S. discount retailer closes its 133 Canadian stores after only about two years to end financial losses that went as high as a billion dollars a year. (AP Photo/The Canadian Press, Nathan Denette)
Business

Canada Closing Target Stores: All 133 Stores to be Shut Down

Target is closing all 133 stores in Canada, the company announced on Thursday.

The stores employ approximately 17,600 people in the country.

Target said that it wouldn’t reach profitability for years, prompting the shutdown.

“When I joined Target, I promised our team and shareholders that I would take a hard look at our business and operations in an effort to improve our performance and transform our company. After a thorough review of our Canadian performance and careful consideration of the implications of all options, we were unable to find a realistic scenario that would get Target Canada to profitability until at least 2021,” said Brian Cornell, Target Corporation chairman and CEO, in a statement.

“Personally, this was a very difficult decision, but it was the right decision for our company.”

The company says that it wants to put approximately $59 million into an Employee Trust, which would provide nearly all of the company’s Canada-based employees a minimum of 16 weeks of compensation.

The company is seeking approval from the Ontario Superior Court of Justice for the move.

During the liquidation process, Target Canada stores will remain open.

“The Target Canada team has worked tirelessly to improve the fundamentals, fix operations and build a deeper relationship with our guests. We hoped that these efforts in Canada would lead to a successful holiday season, but we did not see the required step-change in our holiday performance,” said Cornell. “There is no doubt that the next several weeks will be difficult, but we will make every effort to handle our exit in an appropriate and orderly way.”

Overall, Target expects to pay $500 to $600 million to discontinue operations in Canada.

But it expects the move will pay dividends starting in fiscal year 2016. Target opened stores in Canada starting in spring 2013.