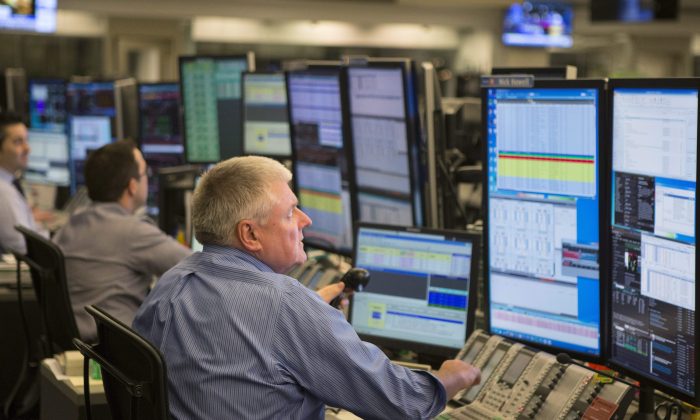 Canada and China officially opened the first North American renminbi trading hub in Toronto on Monday, March 23, amid other initiatives that are poised to give the Asian power greater financial influence internationally. These developments give skeptics ongoing concerns about China’s ultimate objectives and are not limited to those regarding its control of yuan trading, capital market reforms, and lack of transparency.

The hub was the result of several months of work since Prime Minister Stephen Harper brokered a deal for Canada to be the first such trading center in North America. Through the Industrial and Commercial Bank of China (ICBC), the designated clearing bank, making and receiving payments in renminbi, also known as the yuan, is now easier for Canadian businesses.

For certain, this is good news for Canadian businesses that can now lower their costs in renminbi transactions, principally instead of using the U.S. dollar as a go-between. It increases the global competitiveness of Canadian firms that deal with Chinese firms. It also bodes well for the Canadian banks that can roll out more products, such as renminbi deposit accounts, and earn fees.

US Reconsidering China’s Development Bank Idea
“A rapid build-up of expertise in renminbi liquidity could have significant benefits for our world-class financial industry,” said Canada’s finance minister Joe Oliver on Monday. “This is an opportunity for Canada’s financial sector, but also for China’s.”

Canadian exports to China have more than quadrupled since 2003, totalling $78 billion in 2014, and foreign direct investment between the two nations has gone up more than seven-fold between 2005 and 2013, to a total of $21.5 billion. China, the world’s second-largest economy, is Canada’s second-largest trading partner after the U.S.

While the benefits are clear for Canada, for China it’s all about more bilateral trade, financial products and services in renminbi, and potentially increased global reliance on its currency. China has recently set up similar trading hubs in Frankfurt, Germany, and in Sydney, Australia. But it remains to be seen whether the increased importance of the yuan as a trade currency will be accompanied by genuine market-based reform.

China is also pushing for its yuan to be included in the International Monetary Fund’s (IMF) special drawing rights (SDRs), a financial security traded between central banks that is a basket of four key international currencies—the euro, pound sterling, Japanese yen, and the U.S. dollar.

The basket composition is reviewed every five years to ensure that it reflects the relative importance of currencies in the world’s financial markets. The review takes place later this year, which means China would need to further open up its capital markets and have its currency be more freely usable in short order.

This is an opportunity for Canada’s financial sector, but also for China’s.
— Joe Oliver, Finance Minister, Canada

“A set of pilot policies and regulations will be released this year, to basically achieve the requirements for a currency that can be used more easily,” said People’s Bank of China governor Zhou Xiaochun, according to a report from ChinaDaily.com.

The fact that China closely controls yuan trading is a concern that must be addressed. There is also the situation that investment in the mainland by foreigners and outside the mainland by resident Chinese investors has considerable restrictions compared to international standards. These capital markets problems need to be resolved by true reforms enforced by proper rule of law and oversight.

The IMF has said that it welcomes the idea of including the yuan in SDRs and the accompanying financial markets reforms that would have to take place in China.

Being part of SDRs is another step in becoming one of the world’s reserve currencies, of which the U.S. dollar ranks first. The renminbi would further gain in trading volume and liquidity as it would be traded widely by the world’s central banks.

In related news, the China-initiated Asian Infrastructure Investment Bank (AIIB) has been a bit of a hot potato globally. The nascent development bank, whose worthy purpose is to finance infrastructure projects in the region, similar to the objectives of the World Bank, the Asian Development Bank (ADB), and the IMF, has its share of skeptics.

March 31 is the deadline for members to join it. Several European nations, including the U.K., Germany, and France, have already joined, and China expects at least 35 members by the end of the month.

The U.S. had concerns about China using the AIIB to gain greater influence in the region, but has softened its stance on joining after many of its allies joined. Japan has cited concerns relating to the AIIB’s lack of transparency over loans and projects, and noted the need to work with the already well-established ADB.

“Japan has been cautious all along,” said Japanese finance minister Taro Aso, as reported by Reuters. Japan said Wednesday it was not ready to make a decision on becoming a member as it had not yet received responses to questions it posed regarding loan projects and transparency of decision-making in Beijing.

Canada continues to assess the economic implications of membership.

“There’ll be a certain amount of capital that we would have to invest,” Oliver told media on Monday. “The infrastructure will be happening in Asia, and so one of the questions is how much can Canadian companies participate in the infrastructure that will be financed through this development bank.”

Having Canada’s backing would be important to the AIIB, as Canada is one of the very few remaining stable AAA-rated sovereign credits in the world. In theory, having Canada as a backer of the AIIB helps the bank to be able to more cost-effectively borrow in capital markets.

The AIIB’s aim is to begin operations in 2016 after reaching its target of US$100 billion in capital raised from its members’ contributions.

China’s influence on global capital markets is increasing, but a great deal needs to be done to ensure regulations and reforms keep pace if the country is to be widely considered in the same light as the U.S. and other Western economies.