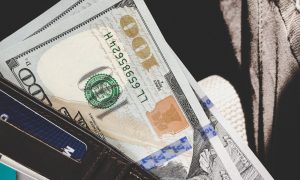 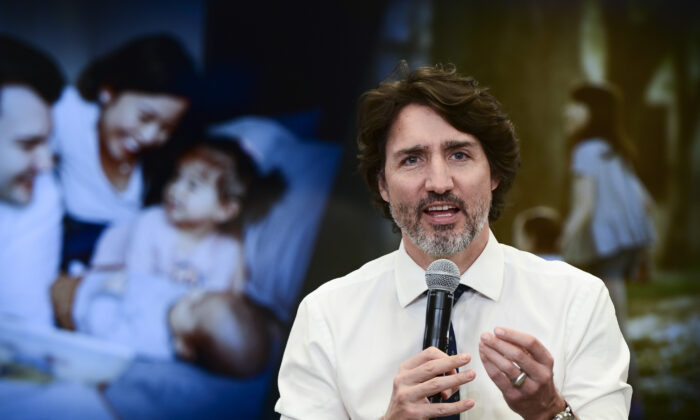 Prime Minister Justin Trudeau participates in a virtual conversation in Ottawa on May 28, 2021, to discuss the Canada Child Benefit. (The Canadian Press/Sean Kilpatrick)
Canada

Empirical testing of the claim reveals the cash benefit “skews” toward the middle class rather than helping families mired deeper in poverty, according to the study, “Does the Canada Child Benefit (CCB) Actually Reduce Child Poverty?“ published by the Fraser Institute.

“One of the stated goals of the Canada Child Benefit was to help lift children out of poverty, but most of the households that benefit from this new program compared to the previous ones were never living in poverty in the first place,” said Professor Christopher Sarlo, a senior fellow at the Fraser Institute and author of the study, in a media release.

In 2016, the federal Liberals replaced two existing child benefit programs—the Canada Child Tax Benefit (CCTB) and Universal Child Care Benefit (UCCB)—with the CCB, which provides tax-free monthly payments to eligible families with children under the age of 18. At the time, the Liberals said the former programs were “inadequate” and  “not sufficiently targeted to those who need it most.”

In their latest available data, Statistics Canada reported a sharp decline in the number of Canadians living below the poverty line between 2015 and 2017, decreasing by 826,000 people. During his 2019 federal election campaign, Sarlo noted that Prime Minister Justin Trudeau claimed this was due to the CCB being a “key factor in lifting low-income families out of poverty.”

In a press release on Feb. 24 of this year, Employment and Social Development Canada stated that “through programs like the Canada Child Benefit, 367,000 children have been lifted out of poverty since 2015.” But when the actual distribution of the cash benefits from the CCB was analyzed, Sarlo argued that it “appears that they are targeted to the middle class rather than the poor.”

In a previous report in the same series he co-authored last year, Sarlo determined that families with annual incomes below $40,000 received 21.8 percent of CCTB and UCCB benefits in 2019, but under the CCB they only received 16.2 percent.

Middle-income families earning between $50,000 and $120,000 annually received 44.4 percent of the total benefits from the previous programs, but under the CCB they got 56.9 percent—a 28.1 percent increase.

In his latest report, Sarlo argues that empirical testing is needed to verify the accuracy of the government’s claims.

Using a key measure of income, the Low Income Cut-Off (LICO), in a simulation test, Sarlo calculated there were about 390,600 children in families whose income would be below LICO under the old programs in 2019. However, once the CCB was introduced, the number would drop to 299,700—a reduction of 90,900.

According to Statistics Canada, LICO is the income threshold below which a family will likely devote a larger share of its income on food, shelter and clothing than the average family. In 2019, LICO ranged between $27,085 and $41,406 for a family of four.

According to Statistics Canada, MBM is an income threshold based on the “cost of a basket of food, clothing, shelter, transportation, and other items for individuals and families representing a modest, basic standard of living” and ranged between $38,239 and $50,055 for a family of four in 2019.

If the MBM is used in a simulation model, an estimated 987,306 children would have been in households with income below the MBM under the old programs in 2019, the report said. With the CCB, that number falls to 702,942.

“This represents 77.5 percent of the government’s estimated decline in child poverty of 367,000,” said Sarlo.

While the model results tend to support the government’s claim when the MBM is used, Sarlo says a comparison to the results when using the LICO is crucial.

“What is clear is that the way the CCB is distributed has particularly benefited families that were just below the MBM, bumping them above the threshold (indicating that they’ve been lifted out of poverty). However, the CCB did not help people who were deeper in poverty nearly as much.”