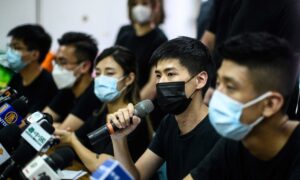 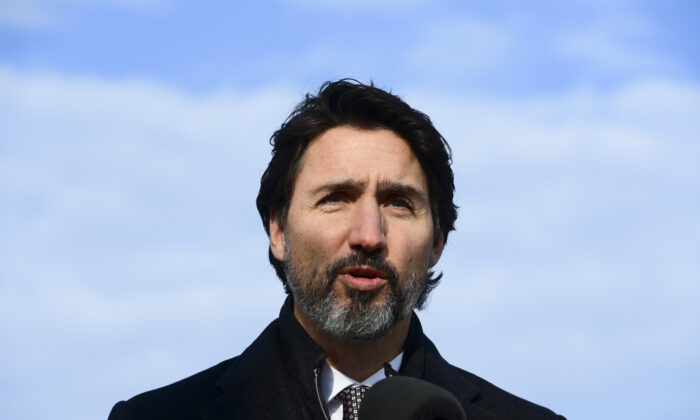 “The Foreign Ministers of Australia, Canada, New Zealand, the United Kingdom and the United States Secretary of State reiterate our serious concern regarding China’s imposition of new rules to disqualify elected legislators in Hong Kong,” said the Nov. 18 statement from Global Affairs Canada.

“Following the imposition of the National Security Law and postponement of September’s Legislative Council elections, this decision further undermines Hong Kong’s high degree of autonomy and rights and freedoms.”

The Standing Committee of China’s rubber-stamp legislature, the National People’s Congress, passed a resolution on Nov.11 stating that Hong Kong lawmakers should be disqualified if they promote or support the city’s independence, refuse to acknowledge China’s sovereignty over Hong Kong, seek out external forces to interfere with Hong Kong’s affairs, or commit acts that threaten national security, according to Chinese state-run media Xinhua.

“China’s action is a clear breach of its international obligations under the legally binding, UN-registered Sino-British Joint Declaration,” the joint statement said.

“It breaches both China’s commitment that Hong Kong will enjoy a high degree of autonomy and the right to freedom of speech.”

The Sino-British declaration was signed in 1984 between China and the United Kingdom, in which China promised to allow Hong Kong to enjoy a high degree of autonomy, rights, and freedoms for 50 years, in exchange for taking over the city in 1997.

The expulsion of the four lawmakers triggered the remaining 15 pro-democracy lawyers in the opposition camp to resign en masse on Nov. 12, which left Hong Kong’s legislature with 43 lawmakers—41 of whom are pro-Beijing.

In a press conference on Nov. 11, Hong Kong chief executive Carrie Lam said “there is nothing to be shameful” about having no opposition lawmakers in LegCo, and she would be “more excited when bills are passed more efficiently.” She also denied that LegCo has become a rubber-stamp legislature.

Prime Minister Justin Trudeau said in a press conference last week that Beijing has become increasingly aggressive in a shift towards “coercive diplomacy.”

This behaviour can be observed in the “arbitrary detention” of Canadian citizens Michael Kovrig and Michael Spavor, its “significant hardened posture” when questioned about its human rights record, and the crackdown in Hong Kong and on Uyghur Muslims in Xinjiang,” said Trudeau on Nov. 13.

“We’ve seen China responding more forcefully, which is one of the reasons why Canada has worked very closely with like-minded allies around the world, who are all experiencing various degrees of the same kinds of pressures, to really hold a common front,” he said.

With files from The Canadian Press and Reuters.