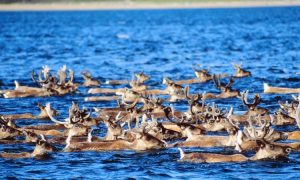 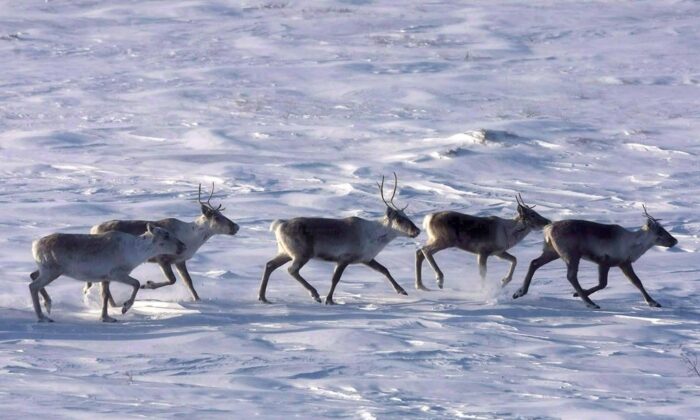 Wild caribou roam the tundra in Nunavut in a file photo. (The Canadian Press/Nathan Denette)
Canada

EDMONTON—Canada and Alberta have signed a deal on caribou protection that gives them years to take action but could allow energy drilling to resume right away on some ranges.

The agreement gives the two governments up to five years to design and implement plans for some of Alberta’s most endangered herds.

Meanwhile, it allows for the resumption of mineral lease sales in caribou habitat, if they can be shown to be compatible with conservation.

The deal is also being welcomed by Alberta’s energy and forestry industries.

University of Calgary law professor Shaun Fluker, who follows environmental issues, says the deal changes little on the ground but could make government efforts to save them more transparent.