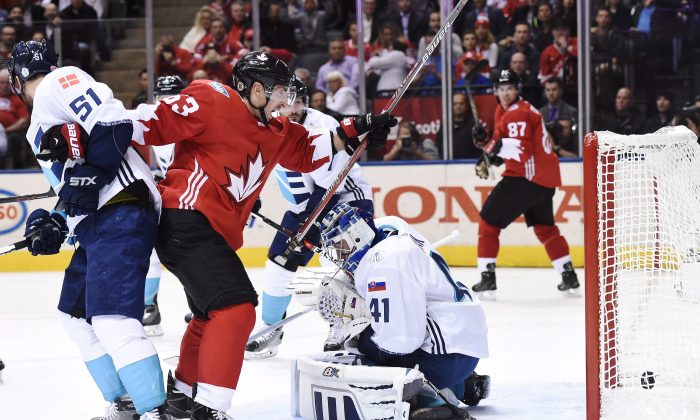 Canada Against Europe a Worthy World Cup of Hockey Final

Canada versus Europe isn’t the World Cup of Hockey finals matchup many were hoping for. It lacks history and rivalry.

But if hockey fans can get past that and focus on what takes place on the ice, they’ll realize it’s a highly interesting final between two well-coached and cohesive teams.

Canada, the tournament favorite, has breezed past every opponent it faced and nobody can say Europe hasn’t earned its right to be in the final.

Yes, Canada’s talent is head-and-shoulders above every other team’s, but in Game 1 of the finals, Europe outplayed the favorite during half the game and kept it interesting for 60 minutes. No other team has been able to do that against Canada.

Team Europe’s 23 players hail from eight countries that aren’t individually able to compete against hockey’s superpowers on the biggest stages. In 17 World Cup of Hockey and Canada Cup games prior to the 2016 tournament, those countries recorded just one win and one draw.

“[I’m] just so pleased that these peripheral countries in the world of hockey have had an opportunity to compete with the best in the world for the first time in their life,” said Europe head coach Ralph Krueger, a Canadian who is now chairman of Southampton Football Club in England’s Premier League.

Krueger said the attitude of playing together, but also playing for their own countries has taken the team a long way.

His international coaching experience against Canada and prior work with Canadian bench boss Mike Babcock has been key.

“The experiences from Torino [2006] or Vancouver [2010], where we took Canada to penalty shots, have definitely helped me in bringing a belief into the team, that on any given day, the game of hockey is very, very honest,” Krueger said after Europe eliminated Sweden.

Team Europe reached the final because of experience, teamwork, and great coaching.

Many, understandably, thought the Europeans would be the whipping boys of the World Cup after starting the pre-tournament with two bad losses to Team North America.

But a surprising 6–2 win over Sweden to end the pre-tournament followed by a stunning 3–0 win over the U.S. had people taking the Europeans seriously.

Europe lost 4–1 to Canada in the round robin after edging the Czechs in overtime. The Europeans finished second to Canada and then beat Sweden in the semifinal.

Canada and Europe best exemplified what it means to be a well-coached team. Contrast this with other teams that were thought to be in the running to reach the final.

[I’m] just so pleased that these peripheral countries in the world of hockey have had an opportunity to compete with the best in the world.
— Ralph Krueger, Team Europe

Russia’s best players Alex Ovechkin and Evgeni Malkin simply did not show up and goalie Sergei Bobrovsky couldn’t do it all on his own.

The U.S. suffered from having its talent thinned out by Team North America and the omission of Phil Kessel. Its “grit” was the wrong tactic for this tournament showcasing speed and skill.

North America, but for a six-minute lapse against Russia, would have faced Canada in the semifinals. And that will be one regret for this World Cup—that the “Young Guns” never faced either Canada or the U.S.

Top of His Game

For a team like Canada’s, loaded with superstars and leaders, it’s about finding the right combinations of players and having them accept their roles.

“I think everybody, collectively, when you play for Team Canada understands that their role may change, minutes may change, but ultimately, it’s just about winning,” Sidney Crosby said after leading the semifinal win against Russia. “I think right away that helps. That goes a long way.”

In his third straight tournament leading Canada, Babcock has laid a lot of that groundwork and knows how to get the best out of Crosby.

Widely recognized as the best hockey player in the world, Crosby has been just that. But Babcock says one improvement is Crosby’s maturity.

“When things don’t go well, he doesn’t get frustrated,” Babcock said after Canada eliminated Russia. “He just knows he’s going to have success over time.”

After Game 1 of the finals, Crosby’s line with Brad Marchand and Patrice Bergeron had racked up 10 goals and 22 points in five games.