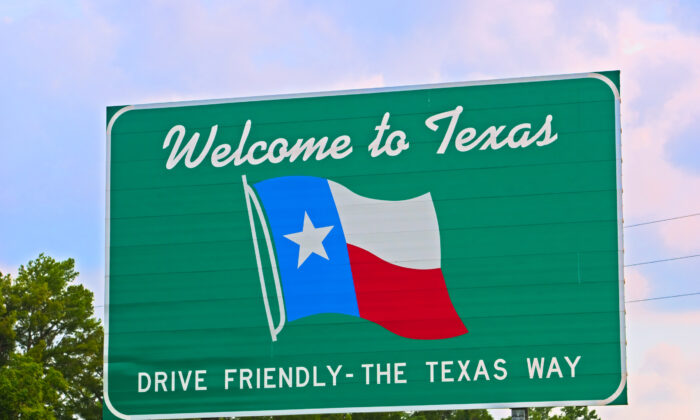 Can ‘The Cavalry’ Save the Red States?

In the book I am writing—working title “The Southland Train”—I contend that the red states are under assault by the left and the democratic republic created by our Founders will rise or fall based on the way this threat is resolved.

The blue states, a least for now, are too far gone to be of any help.

Ironically, however, I further contend—possibly the best hope for the salvation of the red states—that a “cavalry” of constitutionalists has arrived and is continuing to arrive in those states, in the form of discontented migrants from blue states.

Many in the red states feared these people were just closet liberals out to save some tax money who would pollute their home state with their left-leaning values, although these nervous folks have proven to be largely wrong.

This is a genuine cavalry, riding to the rescue in the best sense, like that long line of horsemen that used to make us cheer in John Ford and Howard Hawks Western movies, when Hollywood produced films that actually made you feel proud to be an American.

I was reminded of that the night of March 8, when I attended the Williamson [County] Families Kick-Off for candidates in local offices—school board and county commissioners—in Franklin, Tennessee.

Williamson Families is an organization formed quite recently by the estimable Robin Steenman, a retired Air Force pilot who piloted bombers over Afghanistan, who spoke at the event.

I knew several of the people involved, many of whom only arrived in the Metro Nashville area in the past few years, including Olivia Shupe from Northern California, who was given the herculean task of supervising the vetting of all the potential candidates. Who had done anything like that before?

Remember, for years, hardly anyone even paid attention to school board elections. Only now are we beginning to realize they are, in their way, as important as presidential elections. They are about the future of our country.

Yes, I know, the original Doc Holliday of “Gunfight at the O.K. Corral” fame is no longer with us, but this is actually his fourth cousin. The new Doc Holliday is a highly educated man concerned with ending the teaching of critical race theory, under whatever name, in Tennessee schools (and elsewhere) and ridding those schools of a deceptive curriculum, actually a form of leftist indoctrination, known euphemistically as Wit & Wisdom.

The event culminated with a concert by country star John Rich, who has been extremely generous with his time. Apparently, he and others raised substantial money for the fledgling candidates. Bravo.

Meanwhile, as if in a John Ford film… in the state legislature in downtown Nashville, things were not going as well in the battle for the red states.

While the cavalry wasn’t watching, that same “red state” legislature turned down a Patient’s Bill of Rights.

Sorry, people, health care doesn’t belong to you, the patient. It belongs to the government and hospital industry, often substantially the same thing, as we have had demonstrated to us and then some over the past couple of years.

“Your body, yourselves” no longer applies. That was then. This is now (The Great Reset applies to virtually everything.).

But have no fear, another part of the cavalry is riding to the rescue on the afternoon of March 9. Some true American heroes—Dr. Robert Malone and Dr. Ryan Cole—will be testifying in support of medical freedom before the Tennessee House Health Committee.

I will be there to see what transpires and report back. If you’re nearby, you might want to be there too. I suspect Hearing Room 1 of the Cordell Hull Building is going to be crowded.

But I offer this caveat to all the eager cavalry members, myself included, from whatever blue state migrating or already migrated to whatever red state.

As former Democratic Speaker of the House Tip O’Neill famously said, “All politics is local.” He was mostly right, although local to Kharkiv these days means something quite different from local to Williamson County or Loudoun County.

Still, it’s important to remember, in all your zeal to preserve this great country, that some people got there first. There are locals who have been fighting the good fight before you. Respect what they did and respect them personally.