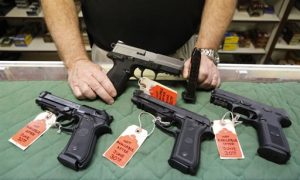 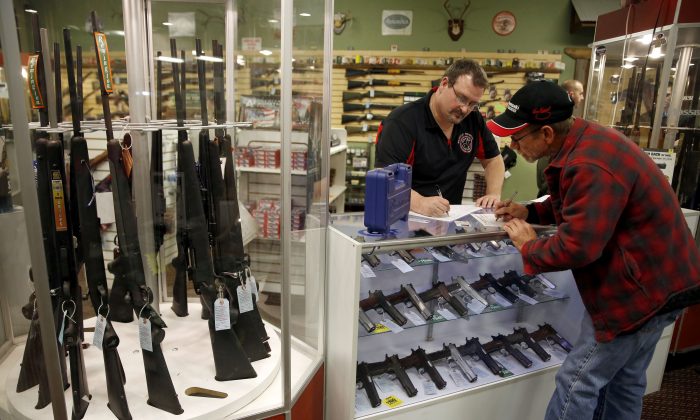 Can Guns Be Safe Around Kids?

The recent and shocking accidental gun death of Veronica Rutledge by her 2-year-old son inside a Walmart has people questioning how this tragedy could have been prevented.

The 29-year-old mother was was a college graduate, and employed by Battelle’s Idaho National Laboratory. This is the Nation’s leading research center for nuclear power. Mrs. Rutledge was known to enjoy outdoor activities, including camping and shooting. Based on her job, she was by no means ignorant.

So how did this tragic event happen then? There are several factors in handgun safety, especially if children may come into contact with the weapon.

Since the make and model of handgun has not been officially released, there is some speculation as to the actual cause due to differences in firearms.

Preventing unintentional discharge outside of the home can be minimized by following some simple steps.

If someone is carrying a handgun outside of their house, it is very likely they are doing it for self protection. As the saying goes, “an unloaded gun makes a terrible rock”, so the weapon is likely to be loaded.

In the case of semi-automatic handguns, the clip or magazine has to be loaded with bullets and then placed into the gun. Most handguns are not ready to fire at this point, as the slide on the top of the gun must be pulled back, chambering the first round. This is something a toddler is very unlikely to be able to do, and if nothing else, will take extra time which maybe enough for the parent to intervene.

A revolver of course doesn’t have this required step, once they are loaded, they are ready to fire.

The amount of force that has to be applied to the trigger in order to make the weapon fire is called “Trigger Pull Weight”. This can vary widely, but is usually 4 pounds or more. Some handguns are designed so that the first trigger pull is as high as 13lbs and after that it is a much easier 5lb.

Some handguns allow the hammer to be cocked back, this usually reduces the trigger pull weight. Handguns designed for competition marksmanship can have very low trigger pull weight, 3 pounds or less. These are not recommended for self-defense as they are too sensitive.

It is highly unlikely a young child is going to be able to pull a 13 pound trigger, but 3 pounds is within their capability.

Handguns are manufactured with different kinds of safeties. Some handguns come from the manufacturer with no safety mechanism, but can be added before sale or by a professional gunsmith.

There are several different types of safeties which all try to prevent accidental discharge.

Most people are familiar with the manual safety. This is usually a switch, button or lever which can be set to a “safe” position. Another commonly employed safety feature is a grip safety. This is a lever on the back of the grip that must be depressed before the weapon can be fired. Except in the case of very small handguns, a child’s hand will be to small to be able to reach the trigger and grip safety lever at the same time.

Inside the home, keeping the children away from guns is a far simpler matter. Gun safes will keep your weapons safe, both from accidental misuse by children, and from theft by burglars.

Gun safes can be expensive, a cheaper gun safety item is the trigger lock. These can be key or combination operated and start at under $20. Some trigger locks are not recommended for all weapons, contact a gun expert before entrusting your family’s safety to a trigger lock.