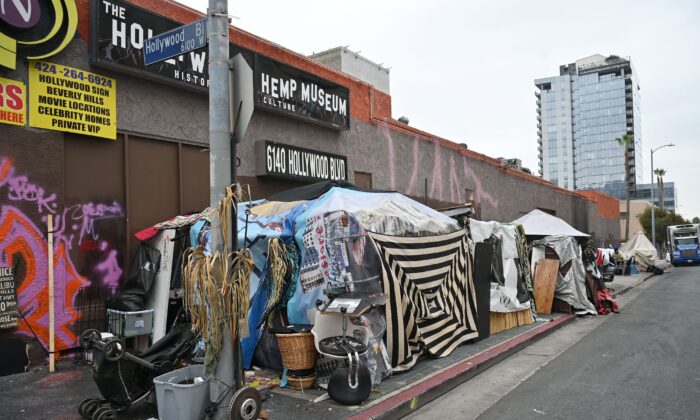 Can California Be Saved? Part 1

California has so many problems—can it be saved? I mean for regular Californians. The tech billionaires and top government workers obviously have it good. But what about the rest of us?

It’s worth trying, anyway. A timely new book offers a blueprint for advancing solutions to 10 problems, three of which are below. I’ll cover the other seven later.

This isn’t a typical “bash California” book. It’s the best collection of solutions available today. All of the authors are experts. I’ve worked with most of them, or they’ve been my sources.

“Saving California: Solutions to the state’s biggest policy problems” is edited by Steven Greenhut for the Pacific Research Institute (PRI) in a nicely designed paperback or Kindle ebook. Greenhut was an editorial writer and columnist at the Orange County Register in 1998, when I also was there. He’s currently Western Regional Director for the R Street Institute.

In his introduction, Greenhut recalled his sense of wonder about the state. Leaving a newspaper job in Ohio to go west, his colleagues thought he was crazy.

“I couldn’t understand how anyone would stay in a hardscrabble factory town when the lights and palm trees of California were an option … I’ve never lost a sense of wonder at all that is California,” he wrote.

I can sympathize. When I travel to Phoenix, which I do a couple of times each year, I marvel at the construction and the love of creating new jobs, something California boasted in 1987, when I first got there. During the 1980s, the Golden State grew by an astonishing 6 million people, a 25 percent gain, and also provided them with housing. Now, California is losing people. Its energy is stultified by taxes, regulations, and debt. Yet, I’m always eager to head west, leave the desert, and return to my tropical home.

Greenhut wrote about how, even in 1998, people were leaving California.

“That saddened me. Even then, my acquaintances often talked about where they’d be going—although not as much as they do now,” he wrote. “A neighbor from Fullerton now runs a bustling real-estate business in Texas, where she finds homes for literal busloads of Californians heading to the Dallas area.”

Steven and I are staying. So, how can the state be saved?

Joel Kotkin: Back to Business

The redoubtable demographer Joel Kotkin kicked off the book with “Getting Back to Business.” Kotkin’s focus has largely been on helping the average working stiffs who have to put up with the nonsense foisted on everybody, but lack the coping resources enjoyed by tech elites.

He traces much of the state’s malaise back to the early 1970s, when it decided “to become the green role model for the planet.”

“These views gained acceptance in Sacramento with the elevation of Jerry Brown to the governorship in 1974,” Kotkin wrote. “Brown spoke about an ‘era of limits’ and sought to undermine the enormous growth machine built by his father.”

His father was Gov. Pat Brown, who built much of the state water and university systems.

Jerry Brown shut down building roads, dams, and other infrastructure. At first, the state just kept growing anyway. I was in California for a year of that effort, from 1978 to 1979, learning Russian at the Defense Language Institute in Monterey. I was amazed at how great the roads were compared to those in the depressed Rust Belt cities of my native Michigan.

Eventually, Brown’s neglect buckled the state, causing water shortages and roads so potholed that they looked like the surface of the moon. Then, the exodus began in the 1990s.

Kotkin recommended “a few small steps” to reverse course. First, use state surpluses “to develop worker-training programs tied to new investments in downtrodden areas.” He wrote highly of blue-collar skills. The book comes out just as we’re seeing a shortage of just such workers. That’s part of the reason the docks can’t handle all of the shipping stuck anchored off the coast. We have enough lawyers. We need crane operators and tool-and-die specialists.

Second, use tax rebate programs to lure businesses to impoverished areas. He pointed to how Mayor Henry Cisneros used that approach to attract good jobs to San Antonio. I would add that Cisneros is a liberal Democrat.

Third, “Stop the climate virtue signaling and instead embrace growth-oriented environmental policies,” Kotkin wrote. Good luck with that one. A big problem is our governors and senators all want to become president, which means virtue signaling to the enviros in the Democratic Party.

Fifth, reform the tax system, “so there is an incentive to create jobs and housing.” Again, good luck with that.

Housing is obviously the major reason people are now exiting California. I know many people who have left cramped, $800,000 condos for spacious, two-acre, split-level spreads in Texas at half of that price. Wendell Cox is principal at Demographia, a data-based policy firm in St. Louis.

Cox wrote something that people often forget: “Housing affordability is more than house prices—it is house prices in relation to income.”

As you can see, the whole country was affordable until 1970. Then, California started rising during Jerry Brown’s Era of Limits. Coastal California (top line) rose faster than Interior California (middle line).

Outside California (bottom line) prices also rose, but not by as much.

Curiously, during the 2007–2010 subprime crisis, or Great Recession, Interior California affordability dipped to the national level. It has since gone back up.

Although not on the graph, Cox noted that the major coastal cities are even higher: Los Angeles at 9.0, San Francisco at 8.5, San Jose at 8.4, and San Diego at 8.0.

Interior cities now also are Severely Unaffordable: Riverside-San Bernardino at 5.4 and Sacramento at 5.2

What is there to do?

“The Legislature should create a ‘Housing Opportunity Area’ in the interior to restore the competitive market for land, thereby preventing further deterioration in housing affordability,” Cox wrote. “Land use in the HOA would be liberalized. … Authorization would be virtually automatic for developments of, say, at least 50-plus houses or apartments.”

That’s a great idea. But the inland areas are among the last bastions of Republican representation in the state Legislature. It will be difficult getting Democratic legislators to listen or oligarchs in their $20 million homes in Atherton, California, to care.

Homelessness seems to be getting worse in Orange County, where I live. It’s so bad in Los Angeles and San Francisco that it’s become a national scandal. Gov. Gavin Newsom called it a “disgrace.”

“Every day, the California dream is dimmed by the wrenching reality of families, children, and seniors living on a concrete bed,” Newsom said.

Wayne Winegarden is a senior fellow in Business and Economics at PRI. He also fingers California’s absurdly high housing prices as a major cause of the state’s homeless crisis.

“It is noteworthy that housing unaffordability was improving following the mortgage crisis but started becoming unaffordable around 2014—the time that California’s homeless problem started worsening,” Winegarden wrote.

Housing is unaffordable for more than 40 percent of Californians, and 20 percent of residents spend more than half of their incomes on housing.

Then there’s Proposition 47, which voters approved in 2014. It lowered penalties for drug and property crimes. That led to “catch and release,” putting offenders right back on the streets.

When I was state Sen. John Moorlach’s press secretary, one thing we found out many times was that the homeless crisis was tied most closely to mental illness. After all, a person in sound mind living on the street can get help from social services groups or take a plane flight to a cheaper state (assuming the airlines aren’t grounded from pilot protests).

“Private-sector nonprofits have helped many people transition from the streets into sustainable housing,” Winegarden wrote.

He emphasized such nonprofits as Shelters to Shutters in Virginia, which “focuses on a holistic approach that emphasizes job placement and housing.”

In California, many fine groups and people do similar things. But the experience in Moorlach’s office showed me that more coordination needs to be done based on these models in other states, with private charities working to gather private and government services to help each person’s unique needs.

“Private-sector institutions have demonstrated greater flexibility and an ability to tailor services to the individual, which creates distinct advantages for these nonprofits over public services,” he wrote.

To his analysis, I would add that the state needs to reform the antiquated Lanterman-Petris-Short Act.

As Moorlach wrote in August 2020, “Called the LPS Act for short, it was hastily enacted in 1967 by the California Legislature in the final moments of Session, and signed into law by Gov. Ronald Reagan. Numerous modifications have been made since then. … The LPS Act is in desperate need of reform. The number of homeless individuals on our streets with severe mental illness should be enough evidence that something is out of kilter.”

In 2020, Gov. Newsom also called for reforming the LPS Act. But Moorlach’s 2020 Senate Bill 1250 reforms went nowhere in the legislature.

Unfortunately, with Moorlach defeated a year ago, the legislature hasn’t done much on this front. The governor did sign Assembly Bill 1443, which provided more training on the LPS Act—but only for mental health workers in Sacramento County, the district of the measure’s author, Assemblyman Kevin McCarty—nowhere else. That seems crazy.