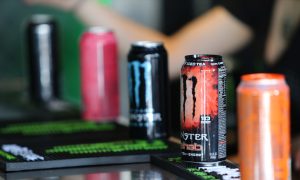 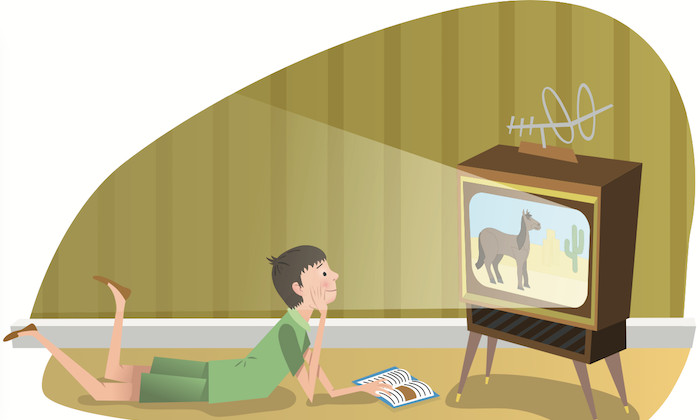 Like many children who grew up in the early 60s, I was exposed to countless hours of television commercials pushing candy, soft drinks, and sugary cereals on my impressionable young stomach. As a result, I became—there is no other way to put it—chubby.

The power of advertising was such that a boy who watched enough Howdy Doody or Captain Midnight would develop a craving for confections, which, if described without the aid of seductive black-and-white imagery, he would reject out of hand as no more appealing than Brussels sprouts. Example: candy bars with coconut or almonds in them. In a word—bleh.

President Kennedy’s national physical fitness program tried to reverse the incoming tide of obesity, but for many it was too late. You got out of school at 3:30, you had homework to do, dinner was at 6, and bedtime was 7:30. What’s a young smart-aleck going to do with that precious hour of free time—play touch football or watch cartoons?

The thing that scared me skinny wasn’t one of those stupid faux-French “parcourses” that appeared overnight like mushrooms across America at the height of the physical fitness craze, only to be ignored until they collapsed decades later from the cumulative effect of years of dog pee.

No, what shook me to the marrow of my bones was an eerie tale told by an older sister who was taking high school biology class. Left to cook hamburgers one night when my parents were out for a night without kids at bridge club, she put the grayish-brown lump of dead cow flesh down in front of me and proceeded to tell me about tapeworms.

Tapeworms are a human intestinal parasite that can grow to lengths of 30 feet and can live in the human body for three decades. They have hooks, spiny structures or suckers on their heads. Ask your doctor which is right for you!

As told to me, tapeworms entered the body through undercooked meat, and the only way to lure them out once they got in was to put a pan of warm milk on the victim’s stomach, which would entice the worms to crawl out through the nose. Warm milk is apparently exciting to a tapeworm.

Not surprisingly, I didn’t finish my hamburger that night.

How much of this tale was true, and how much was typical big sister sadism inflicted on a younger sibling, has never been clear to me. But from that night on, vegetables didn’t sound so bad. And except for a brief period after I attained legal drinking age, I have kept my weight below recommended maximums.

One thing is for sure—exercise won’t.

Just try and sign your kid up for an elite junior hockey league that plays 60 games between July 4th and Labor Day and the same schoolmarms who are up in arms about childhood obesity complain about too much emphasis on sports. You can’t win.

The task of scaring kids with tales of tapeworms has been made easier by the discovery of Osedax, a genus of deep-sea, bone-munching zombie worms, off the coast of California. Osedax is Latin for “bone-eating,” and refers to the worms’ practice of boring into the bones of whale carcasses to get to lipids, which they rely on for food. These marine invertebrates have few predators because, frankly speaking, they are some of the most disgusting things alive.

All it would take to end our children’s addiction to fatty meats would be a low-budget health class video that discussed the risk of tapeworms and depicted bone-munching zombie worms wiggling on the ocean floor. Afterward, teachers would lead class discussion with thought-provoking questions such as ”Do you want your stomach walls to be coated with the suckers of eight-foot giant worms, or do you want to try the salad bar?”

It would mean the beginning of the end of the Big Mac and the Double Whopper with cheese, in much the same way that “Reefer Madness” turned a generation of kids away from marijuana.

Con Chapman is a Boston writer whose work has appeared in The Atlantic, The Christian Science Monitor, and The Boston Globe among other publications. His biography of Johnny Hodges, Duke Ellington’s alto saxophonist, is forthcoming from Oxford University Press.