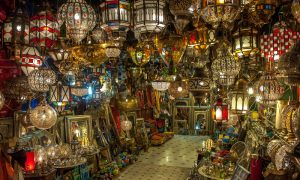 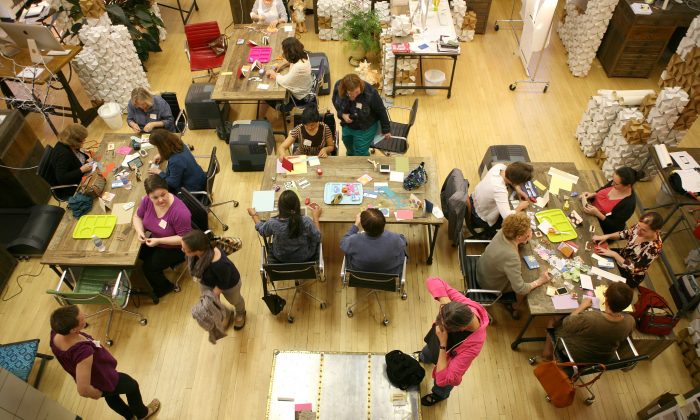 People who participate in arts and craft activities and who socialize in middle and old age may delay the development in very old age of the thinking and memory problems that often lead to dementia, according to a new study. (Juhan Sonin, CC BY 2.0)
Mind & Body

Can Arts, Crafts, and Computer Use Preserve Your Memory?

MINNEAPOLIS–People who participate in arts and craft activities and who socialize in middle and old age may delay the development in very old age of the thinking and memory problems that often lead to dementia, according to a new study published in the April 8, 2015, online issue of Neurology®, the medical journal of the American Academy of Neurology.

People age 85 and older make up the fastest growing age group in the United States and worldwide.

“As millions of older U.S. adults are reaching the age where they may experience these memory and thinking problems called Mild Cognitive Impairment (MCI), it is important we look to find lifestyle changes that may stave off the condition,” said study author Rosebud Roberts, MB, ChB, MS, of Mayo Clinic in Rochester, Minnesota, and a member of the American Academy of Neurology.

“Our study supports the idea that engaging the mind may protect neurons, or the building blocks of the brain, from dying, stimulate growth of new neurons, or may help recruit new neurons to maintain cognitive activities in old age.”

The study involved 256 people with an average age of 87 who were free of memory and thinking problems at the start of the study.

The participants reported their participation in arts, such as painting, drawing, and sculpting; crafts, like woodworking, pottery, ceramics, quilting, quilling, and sewing; social activities, such as going to the theater, movies, concerts, socializing with friends, book clubs, Bible study, and travel; and computer activities, such as using the Internet, computer games, conducting web searches, and online purchases.

After an average of four years, 121 people developed mild cognitive impairment. Participants who engaged in arts in both middle and old age were 73 percent less likely to develop MCI than those who did not report engaging in artistic activities.

On the other hand, risk factors such as having the APOE gene, having high blood pressure in middle age, depression, and risk factors related to blood vessels increased the risk of developing MCI.

The study was supported by the National Institute on Aging, the Mayo Foundation for Medical Education and Research, and the Rochester Epidemiology 53 Project. To learn more about cognition, please visit AAN.com.