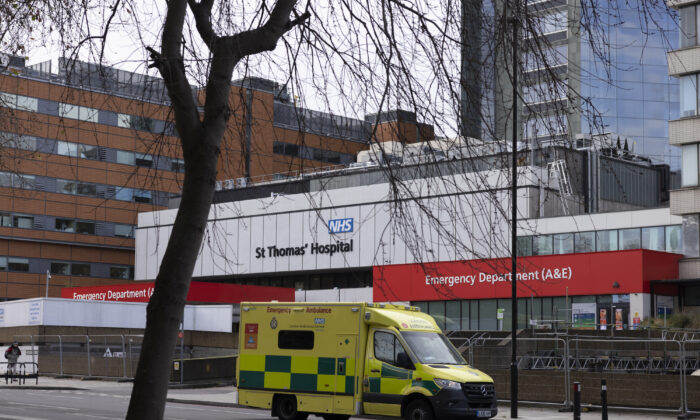 A group of UK doctors, scientists, economists, psychologists, and other academic experts have called for an immediate investigation into the increasing death rate amongst 15- to 19-year-old males.

The organisation HART, set up to share concerns about policy and guidance recommendations relating to the COVID-19 pandemic, has written to the British government over a rise in deaths in young males.

To HART, the concern is that this time period coincides with the rollout of vaccinations to this age group, who are known to be at an increased risk of myocarditis (heart inflammation), especially after the second dose.

As part of a judicial review at the High Court in January, the Office for National Statistics (ONS), confirmed that there had been a rise in the death rate for adolescent males over the last eight months, compared to the same time period of 2015–2019.

But the ONS also said that data could not either be used to draw any reliable conclusions as to a potential correlation between vaccination status and death in children and young adults.

There have been at least 65 extra deaths in England and Wales, though the figure may be higher due to reporting delays for coroners’ cases. During the same time frame, there were only two deaths involving COVID-19.

In September, the JCVI (Joint Committee on Vaccination and Immunisation) declined to recommend that the COVID-19 vaccines be administered to healthy 12- to 15-year-olds as the balance of benefit to risk was only marginal at best in the face of the very low risk to children of serious illness or death from COVID-19 disease. The JCVI’s recommendation for 5- to 11-year-olds has not yet been made public yet, but it is being offered to those who are in a clinical risk group.

The COVID-19 Pfizer/BioNTech Vaccine is currently the preferred vaccine for the under 18s age group in the UK vaccination programme.

HART spokesperson and diagnostic pathologist Dr. Clare Craig told The Epoch Times: “We’d obviously had a real issue in 2020 with excess deaths in the old, then it switched to being in the young.”

“The thing about any excess deaths is that, if you are looking for a new cause in 85-year-olds dying, then it would be hard to find in the overall figure of deaths as there are a lot of deaths. If you are looking at younger age groups, it’s much easier as young people don’t die very much,” she said.

She said that it is not suggested that the observed increase in mortality proves that the COVID-19 vaccines are causing death, whether via myocarditis or some other mechanism, but a connection cannot be excluded. This is why they are calling on authorities to investigate.

Craig said that myocarditis, inflammation of the heart, is often dismissed as being a mild problem, but it’s very difficult to diagnose. To do so, medical staff need to do an ECG which traces heartbeats, blood tests, or heart MRI scans (if there is a specialist scanner). The ultimate test, which is done so in exceptional circumstances is a biopsy when a tissue sample is taken.

“It’s not mild, it’s not trivial. you don’t just dismiss that sort of injury,” she said.

But could the increase in deaths be down to something else, such as suicide or drug-taking?

“For a start in young people at that age, men die more than women. That because they take more risks, have a higher suicide risk. That is something that could have caused a difference,” she said.

“The rise that we have seen recently is in registered deaths which could be ones where they have been given a death certificate by a doctor as natural or it could be ones that have been through the coroner’s process and have filtered through, but with a lag. If there were a rise in suicides, that would come through later on,” said Craig.

“Deaths that are of unnatural causes which include a death where a doctor thought vaccination may have been involved would have to be reported to the coroner as with all deaths involving a drug,” she said.

Craig added that despite good public health monitoring in Britain, there is a “glaring hole” where no one is looking at these deaths. But passive surveillance relies on someone suspecting or making a connection.

But criticising HART, science writer Tom Chivers in the publication Unherd argued that young people’s deaths are much more likely to be referred to the coroner, and in 2020, coroners’ offices were under enormous strain from the pandemic. He said that the ONS told him that the increase could be a simple backlog from the previous year.

In response, Craig said that if “that is the case, then why is there no backlog in other age groups?”

A government spokesperson told The Epoch Times that the COVID-19 vaccines have been found to be safe and effective by the experts at the MHRA and that it has received a copy of the HART letter and will respond in full in due course.

He added that there has been a small number of reports for myocarditis and pericarditis in individuals under 18 years both in the UK and internationally. This is a recognised potential risk with the COVID-19 Pfizer/BioNTech Vaccine and COVID-19 Vaccine Moderna and the MHRA is closely monitoring these events.

“There is no indication in the current data that there is an increased reporting rate of suspected myocarditis and pericarditis in under 18s compared to young adults,” the government said.