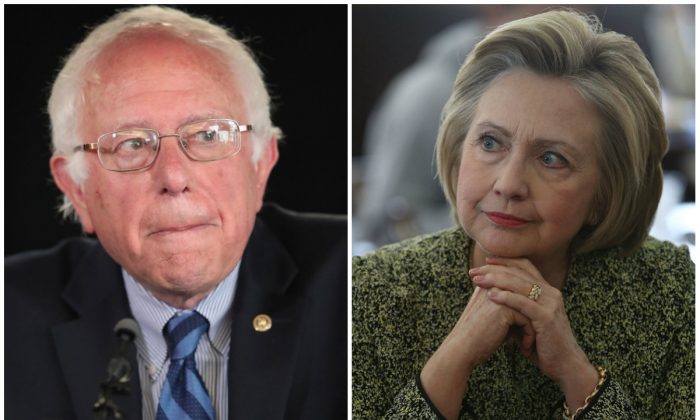 The Democratic primary is coming to a close on June 7th, with all eyes trained on the United State’s most populous state—California.

The Golden State has a long history of economic opportunity—think the gold rush and silicon valley.

It has also been the breeding ground for political opportunity, it was the beginning of Ronald Reagan’s political career in the 1970s, and was the biggest victory for Ted Kennedy’s largely symbolic campaign against the incumbent Jimmy Carter during the 1980 election.

It was also the state that a first-term governor Bill Clinton clinched his nomination in the 1992 primaries, beating out the more progressive Gary Hart who ran on a platform against big money and campaign finance reform.

Now, with only a day to go before California and four other states go to the polls, there is already an assumption going into the event; major news networks are going to call a victory of the primaries for Clinton early in the night, when the returns from New Jersey come in.

According to the latest count by the Associated Press, Hillary Clinton only needs 23 delegates (including superdelegates) to make it to 2,382 delegates. That victory has already been planned.

What, then, are the consequences of the California Primary, and why has Bernie Sanders been campaigning up and down the state all this week?

Here are three scenarios that can play out Tuesday night:

California is a diverse state with a large population of black and Hispanic voters that have been steadfastly in the Clinton camp. She can come out of the primary season with more delegates, more votes, and rebut those who see Sanders’s rise in the polls as a short term problem that will be swept under the rug once the general election is in full swing.

After Weekend Wins, Clinton on Cusp of Democratic Nomination

Losing California would make the arguments for Sanders to leave the race louder. In the month between the primaries and the convention, those voices would only become deafening, and it would be surprising if he didn’t concede and endorse Clinton and begin to mobilize a coalition to help take on Trump.

The polls right now have the difference between Clinton and Sanders at 2 percent. Assuming those numbers hold up and they split the state, Clinton would still claim victory as winner of the primaries, but the victory would be anti-climactic on both sides—just as with other primaries, like the Iowa caucus or the Missouri primary.

The next day it would still have Clinton on the front page winning the primary season, but she wouldn’t confidently be able to sweep Sanders under the rug.

With a tie, Sanders could claim that she couldn’t win California when she needed to show strength and conviction, would resolve to go to the convention, and would probably concede at the convention after the first ballot.

Donald Trump will probably send out one of his periodic tweets about how Clinton couldn’t close out the deal with Sanders, and Democrats would be unsettled, but not fractured, going into the convention and general election.

This is the worst case scenario for the Clinton campaign, and the scenario that Sanders is banking the rest of his campaign on.

His victory is predicated on two trends in the primaries: that Sanders has outperformed his polling numbers in states that he has spent time campaigning in, that semi-open primaries favor Sanders, and that there’s been a surge of voter registration in the state, with 650,000 voters registering in the last 45 days.

Sanders Picks Up Superdelegates as Clinton Supporters Call for Unity

A win in the state by more than 5 points would be a moral justification to go to the Philadelphia Democratic convention on July 25-28 and fight for more say on the Democratic platform in November.

It would also work as leverage to make a push to convert more superdelegates that are weary of Clinton’s later primary performances.

Any way you slice it, Hillary still wins, but if Bernie wins California, it will make her victory harder to celebrate.