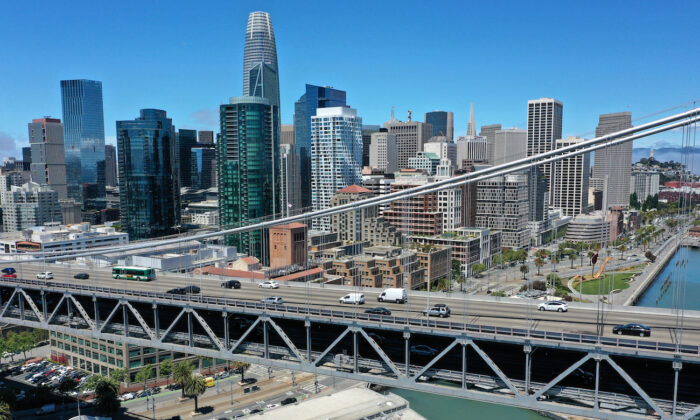 California’s clean air agency has approved a proposal that would ban new natural gas-fueled furnaces and water heaters in homes by 2030.

“We need to take every action we can to deliver on our commitments to protect public health from the adverse impacts of air pollution, and this strategy identifies how we can do just that,” California Air Resources Board (CARB) Chair Liane Randolph said in a Sept. 22 statement.

She also claimed that the move will benefit “many low-income and disadvantaged communities,” without elaborating.

The move by CARB wasn’t the final vote. The board directed state agencies to come up with a rule to phase out gas-fired appliances, which will be voted on in 2025.

The proposal doesn’t include natural gas stoves. However, several dozen cities and towns in California, including Los Angeles and San Francisco, have adopted mandates that either ban or strongly discourage them in new buildings, according to the Los Angeles Times, which published a report on the CARB vote.

For example, the Los Angeles City Council voted in May to ban most gas appliances, including stoves, in new buildings.

The latest CARB plan, which was first published last month, stated that it’s relying heavily on heat pumps rather than natural gas or other heating methods.

The San Francisco Chronicle interviewed a local Bay Area official who touted heat pumps as an alternative to natural gas. However, it cost him $27,000 to install a heat pump.

During the commenting phase on the CARB proposal, retired engineer Michael Kapolnek said that the emissions that would be saved don’t justify the cost to people who would be forced to install expensive new equipment.

“Banning natural gas would restrict consumers’ ability to choose the energy source they might prefer. A big reason that families like natural gas is because it wins out on cost,” the article states.

The American Gas Association noted in 2020 that “households that use natural gas for heating, cooking, and clothes drying save an average of $879 per year compared to homes using electricity for those applications.”

Several weeks ago, CARB approved a dramatic proposal to ban all new gasoline-powered vehicles by 2035, in favor of electric vehicles and plug-in hybrids.