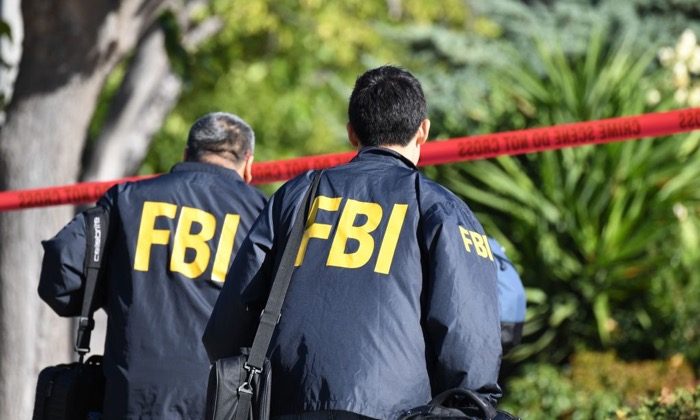 A new case brings up the importance of California’s landmark Assembly Bill 114, by then-Assemblyman John Burton (D-San Francisco) in 1994, which severely limited “asset forfeiture” by state and local government agents. Unfortunately, it did not affect federal agents operating under federal law.

The latest outrage was perpetrated by federal agents in Beverly Hills against innocent Californians with safe deposit boxes at U.S. Private Vaults. Reported the Washington Examiner on Sept. 27, “Armed with a warrant, FBI and Drug Enforcement Administration agents spent five days ripping several hundred safety deposit boxes out of the walls and laying claim to its contents.”

Prosecutors alleged the seized items and cash were the proceeds of illegal drug transactions. “The problem is that federal authorities took the items from people who hadn’t been accused of a crime.

“They’ve been able to keep it because of the country’s vague standards of civil forfeiture law, which allows the government to seize property and assets without any actual evidence of criminal wrongdoing.”

Such abuses of power are much harder to perpetrate by California law enforcement because of AB 114. It was a “strange bedfellows” effort spearheaded by Burton, a Bay Area leftist, and Assemblyman Gil Ferguson (R-Newport Beach), a staunch Conservative and retired U.S. Marine Corps general.

The two sides came together because of numerous cases of the abuses of the Fourth Amendment “right of the people to be secure in their persons, houses, papers, and effects, against unreasonable searches and seizures, shall not be violated, and no warrants shall issue, but upon probable cause.”

AB 114 still allowed forfeitures, but only after a conviction in a court of law, as stipulated by the Fourth Amendment.

The abuse was the police agencies would “forfeit” a person’s property upon the flimsiest evidence, or no evidence. The property owner then would have to go to court to get the property back, requiring the hiring of expensive lawyers.

Law enforcement liked it because it was “free” money or property unaccountable in their budgets. I remember two cases I wrote about at the time for the Orange County Register. One involved Newport Beach Police Chief Arb Campbell who, according to reports in 1992, was seen “driving a 1985 Mercedes-Benz 500 SEL seized in a local drug arrest.” He was fired for that and other indiscretions.

Another case I reported on about that time in the Orange County Register. A couple in Chino told me the police had seized the small apartment complex they owned because of an alleged drug deal in one of the units. They pointed out they knew nothing of the deal, legally could not keep tabs on what tenants were doing and evicted the tenant when told of the allegations. Their lawyer, and possibly my editorial, got the police to end the seizure, returning to them the control of their property – after it had been run down due neglect over several years.

A loophole in AB 114 is it could do nothing about local police teaming with federal agents to seize property using federal laws. I wrote about that in a 2014 Register editorial:

“Anaheim small business owner Tony Jalali has done nothing wrong. He isn’t charged with any crime. Yet, the city of Anaheim and the federal government are trying to take his property, using federal asset forfeiture laws that do not require a court conviction.

“Jalali rented a space in his office building on Ball Road to two medical-marijuana dispensaries, evicting them after federal officials objected to the dispensaries, even though—under California’s Proposition 215, passed by voters in 1996—medical marijuana is legal in the Golden State. … The sad irony is that Mr. Jalili is an immigrant who fled Iran’s repressive government in search of a better life. It’s unacceptable that he’s now persecuted in the land of liberty.”

Jalali prevailed in court and got his property back.

His and similar cases also led to the passage in 2016 of Senate Bill 443, which then was signed into law by Gov. Jerry Brown. Like AB 114, it was bipartisan, passing unanimously in the state Senate and 69 to 7 in the Assembly.

Unless there was a conviction in a court of law, SB 443 prohibited state or local agencies from transferring “property seized under state law authorizing the seizure of property to a federal agency seeking the adoption of the seized property … under the federal Controlled Substances Act.”

But as the new case in Beverly Hills shows, federal reform is needed more than ever. California now has a powerful contingent in the federal government, including Vice President Kamala Harris, House Speaker Nancy Pelosi (D-San Francisco), Sen. Dianne Feinstein and Rep. Adam Schiff (D-Burbank). They could work with such liberty-minded Republicans as Sen. Rand Paul of Kentucky to sponsor reform along the lines of California’s AB 114 and SB 443.

Hard work produced reform in California and can do so nationally.