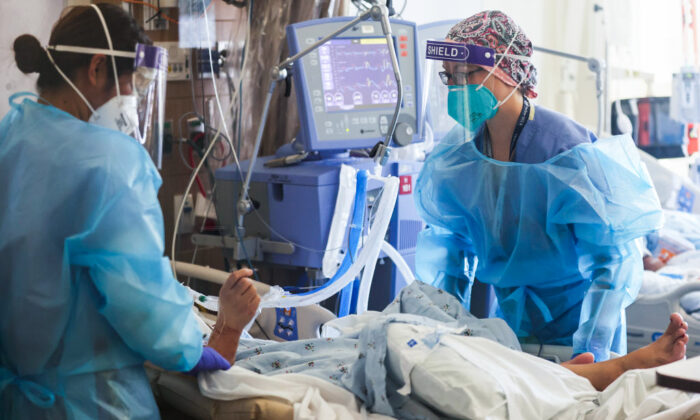 California State Assembly members were slated to vote on single-payer health care bill Assembly Bill 1400 on Jan. 31 after it passed a series of hurdles this month. However, the bill didn’t have enough support to pass the legislative body, and lawmakers let the bill die without bringing it to a vote by the deadline.

“We are all gutted,” Amar Shergill, chairman of the Progressive Caucus and executive board member of the California Democratic Party, wrote on Twitter. “Will need a moment to absorb and recover.”

AB 1400—which would have created the first state single-payer health care system in the nation—would have required an estimated $163 billion in new taxes per year and offered health care to all citizens and noncitizens living in the state.

“Despite heavy opposition and substantial misinformation from those that stand to profit from our current healthcare system, we were able to ignite a realistic and achievable path toward single-payer and bring AB 1400 to the floor of the Assembly. However, it became clear that we did not have the votes necessary for passage and I decided the best course of action is to not put AB 1400 for a vote today,” said bill co-author Assemblymember Ash Kalra (D-San Jose) in a statement on Jan. 31.

AB 1400, named the Guaranteed Health Care for All Act, would have created “CalCare” for all California residents, including illegal immigrants. The bill, authored by Kalra and Assemblymember Alex Lee (D-San Jose), would have been coupled with constitutional amendment ACA-11 to fund the coverage.

ACA-11 proposed several new taxes to propel AB 1400 forward. The amendment relied on a gross receipts tax, payroll tax, and a personal income tax on earnings above $149,509 to fund the single-payer health care system. Companies earning more than $2 million and businesses with more than 50 employees would be subject to the new tax.

“We know we have work to do to reform our health care system, and I’m ready to pass meaningful bipartisan reforms.”

Proponents of AB 1400 included the California Nurses Association (CNA), the Progressive Caucus of the California Democratic Party, and other state labor unions.

CNA, which sponsored the bill, initially introduced the legislation in 2017 but lacked a funding source. At the time, the estimate for the single-payer health care system was around $400 billion.

Currently, California operates a multi-payer health care system paid for through private insurance companies, government programs such as Covered California and Medicare, and out-of-pocket patients. AB 1400 would have eliminated those to a single source run by the state.

The California Chamber of Commerce, a business advocacy association, called AB 1400 and ACA 11 “job killer bills of 2022” in a statement on Jan. 11. The chamber sent a letter to the bills’ authors, stating that the top personal income tax rate on individuals and sole proprietors would increase by 2.5 percent.

The chamber estimated that roughly 94 percent of California residents have some form of health care coverage. It’s unclear whether the authors of AB 1400 will reintroduce the legislation next year.