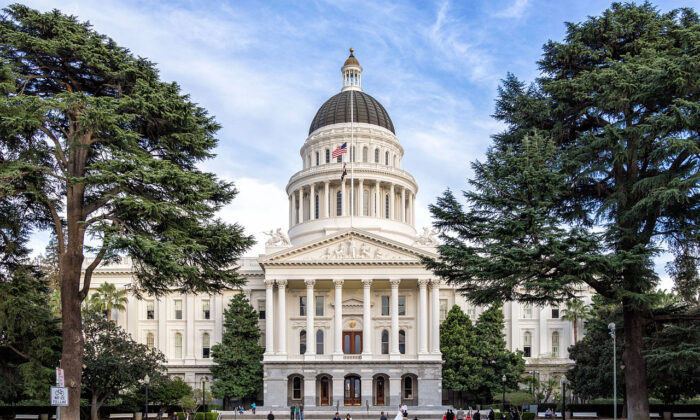 Elected officials in California are challenging a controversial state law that deprives them of their ability to speak critically about labor unions by prohibiting statements deemed to “deter or discourage” public employees from seeking union membership.

“I was elected by the people to ask tough questions and discuss public policy issues in an open dialogue without fear of legal action,” said lead plaintiff Jeffrey Barke, a physician who is a member of the Rossmoor Community Services District and who used to be an elected member of the Los Alamitos Unified School District Board of Education.

“This law makes it impossible for me and other elected public officials to represent our constituents fully and candidly,” he said in a statement.

“Public employee unions in California have positions on many issues that directly affect the budgets and policies in every school, city, and county in the state.

“This law unfairly censors any discussion of those positions and of the unions that support them.”

The high court’s June 2018 decision in Janus overruled Abood v. Detroit Board of Education (1977), which held that in the interests of promoting “labor peace” and avoiding free riders, public-sector unions could collect forced agency fees in lieu of member dues from non-members in union shops to finance their collective bargaining activities. Janus held that such agency fee arrangements, which reimbursed the union for expenses incurred during bargaining, grievance adjustment, and contract administration, were unconstitutional.

Government unions don’t have to refund agency fees to public employees who were forced to pay them before Janus, the U.S. Courts of Appeal for the 9th and 7th Circuits have both held, The Epoch Times previously reported.

The new legal action aims to revive the First Amendment rights the elected officials say were taken away from them by the 2017 law known as California Government Code Section 3550, which was enacted soon after the Supreme Court decided to hear the Janus case. They say the law is redundant, even punitive, because state law already forbids government officials from discriminating against or interfering with employees who exercise their labor rights. Merely informing an employee of his rights under Janus could be construed as violating the state law, they say.

California’s Public Employment Relations Board (PERB), which enforces collective bargaining statutes covering state employees, was named as a defendant in the suit.

“PERB has no comment at this time,” J. Felix De La Torre, the board’s general counsel, told The Epoch Times.

The plaintiffs argue Section 3550 prevents them from doing their jobs.

“Under PERB’s broad remedial mandate, the Board may issue cease and desist orders, obtain injunctions, and ultimately seek contempt sanctions from a court in the event it believes that statements by public officials continue to violate Section 3550,” the legal complaint states.

The law is chilling free speech, the plaintiffs say.

The plaintiffs fear that the law’s “complete lack of guidance as to the scope of its prohibited conduct,” combined with the threat “of being enmeshed in unfair labor proceedings for statements made at a school board meeting or in communications with teachers, parents, or the public, is already causing them to refrain from commenting on topics that might trigger Section 3550’s speech prohibitions.”

Lawyers are reportedly advising public officials to avoid discussing the issue to prevent unions from suing them or seeking contempt citations from the courts. The California School Boards Association has reportedly advised school board officials to “be mindful of any comments that you may make that could be construed as deterring or discouraging union participation as we expect this limitation will be broadly construed.”

The lawsuit was filed by two nonprofit groups.

Based in the nation’s capital, the Center for Individual Rights describes itself as “a nonprofit public interest law firm dedicated to the defense of individual liberties against the increasingly aggressive and unchecked authority of federal and state governments.”

California Policy Center, based in Tustin, California, describes itself as “an educational nonprofit focused on public policies that aim to improve California’s democracy and economy.”