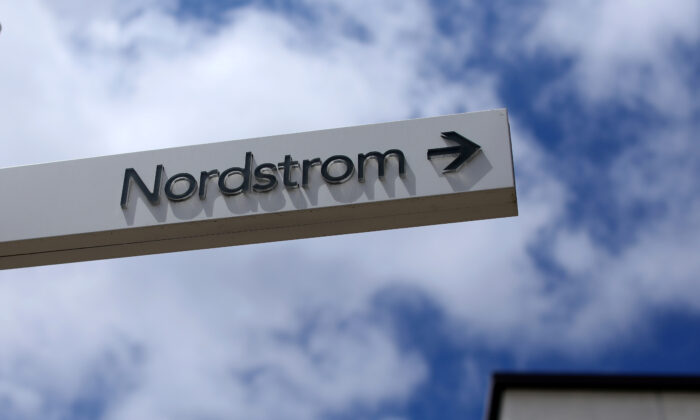 A sign directs shoppers to a Nordstrom store at a shopping mall in La Jolla, Calif., on May 17, 2017. (Mike Blake/Reuters)
US News

A Nordstrom in Northern California was ransacked by dozens of apparent looters clad in ski masks while armed with crowbars, according to witnesses and video footage.

“We probably saw 50 to 80 people in ski masks crowbars a bunch of weapons,” local PF Chang’s manager Brett Barrette told KGO-TV, referring to Saturday night’s incident in Walnut Creek, located in the San Francisco Bay Area. “They were looting the Nordstrom’s right here. And I thought they were going to start beating cars. I had to start locking doors lock the front door lock the back door.”

Describing the looters as a “mob of people,” Barrette told CBS San Francisco that “police were flying in. It was like a scene out of a movie. It was insane.”

Walnut Creek Lt. Ryan Hibbs told KPIX 5, confirming the incident, that dozens of police cars responded to the chaos. Hibbs, citing reports of smashed shelves, noted that the looters were seen getting into vehicles grabbing bags and boxes of items.

In the incident, one employee at the store was hit with pepper spray, while two others were punched and kicked by the looters, Walnut Creek police told NBC News.

A video uploaded by a local NBC reporter said that she saw about 25 cars blocking the street before passengers rushed into the store en mass in an incident she described as a “flash mob” robbery. Other footage showed officers arresting and handcuffing several suspected looters.

Elaborating in the scene, Barrette said that PF Chang’s patrons gathered around to watch the looting unfold, adding that he had to lock the doors if suspects streamed into the business.

“I had to start locking the front door,” he said. “Locking the back door. You never know, they could come right in here. It was crazy … All the guests inside were getting concerned. It was a scary scene for a moment.”

In May 2020, a Nordstrom in Los Angeles was looted and vandalized amid riots and violence that erupted days after the George Floyd incident.

After Rittenhouse was found not guilty, Black Lives Matter-affiliated protesters outside the Kenosha, Wisconsin, courthouse threatened and promised violence, including to “burn it down.” In Portland, Oregon—a city that saw more than 100 days of riots last year—police declared a riot on Friday evening after alleged Antifa radicals organized an attempt to break into the Justice Center.