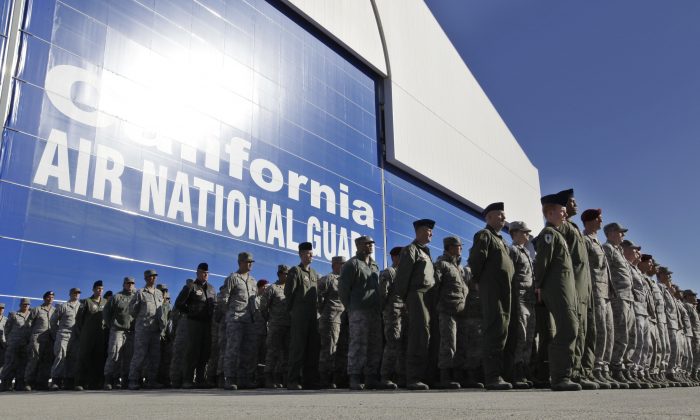 California National Guard Commander to Step Down End of July

SACRAMENTO—Major General David Baldwin will retire as California’s National Guard commander at the end of the month, according to media reports.

The governor’s office confirmed July 18 to the Los Angeles Times about the retirement.

Baldwin’s tenure as commander became clouded with controversies after a Los Angeles Times report in June alleged abuses of authority, antisemitic remarks, and instances of sexual orientation discrimination occurred under his watch, according to internal complaints. Some of the personnel were suspended or fired as a result of media reports.

The highly decorated commander did not immediately respond to the allegations.

Gov. Gavin Newsom released a statement on the evening of July 18 commending him for “his steadfast leadership and nearly four decades of committed service to our state and nation” and “pushing forward much-needed reforms to change the culture of the organization and better serve Californians.”

Newsom also praised him for his contribution to supporting Ukraine’s military force by providing medical supplies and protective equipment.

Since the 1990s, the state National Guard members have been training side by side with the Ukrainian military to strengthen Ukraine’s defensive capacity against foreign invasion, according to Baldwin’s interview with a local TV station in March.

He was appointed on April 16, 2011, as the state adjutant general to oversee the Military Department, which encompasses the state National Guard—consisting of army, air, and state guards—and California Military Institute’s youth programs, accounting for more than 23,000 military personnel in California.

He will be replaced by Major General Matthew Beevers, who is currently the deputy adjutant general.

Beginning his military career in 1982 as a combat medic, Baldwin was commissioned in 1984 through Reserve Officers Training Corps, a group of college and university officer training programs.

After several military assignments following the training corps, he commanded—as a rifle platoon leader—a rifle company that was deployed to the Los Angeles Riots in 1992. He also served as the aide-de-camp for the commander of the state Army National Guard, before climbing up the ranks in the 1st Battalion, 184th Infantry, according to his office biography.

He then went on to command that same battalion when it deployed troops to Kuwait in 2001 in support of Operation Desert Spring, established in 1998 to maintain the presence of the United States and offer protection over the military of Kuwait.

Baldwin also served in Afghanistan following his assignment as a student at the Army War College in July 2010.

Newsom and Baldwin’s offices were not immediately available for comments by press deadline.