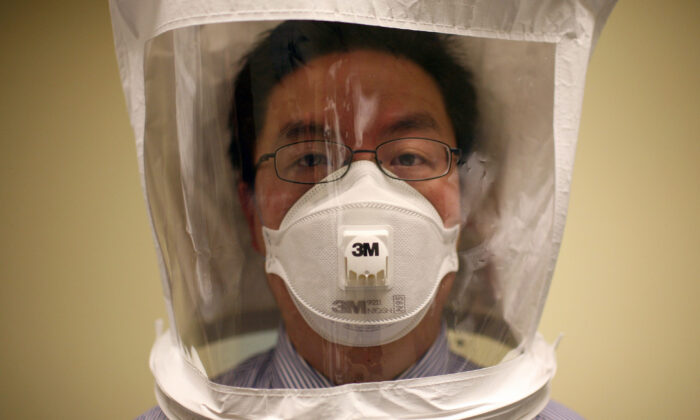 Legislation that would punish doctors who dissent from the California government’s messaging on COVID-19 passed the state Legislature on Aug. 30. Gov. Gavin Newsom has until Sept. 30 to either veto the legislation or sign it into law.

The final amendments to Assembly Bill 2098 (AB 2098), introduced by Assemblyman Evan Low, a Democrat, were passed by a 56–20 vote in the California State Assembly.

The measure would amend the state’s Business and Professions Code to give the Medical Board of California (MBC) the discretionary power to discipline physicians or surgeons who spread “misinformation or disinformation” related to COVID-19. The MBC currently has the power to punish doctors charged with unprofessional conduct under the Medical Practice Act for violations including gross negligence, incompetence, dishonesty, or corruption.

“Misinformation,” according to the Aug. 23 California Senate floor analysis, means “false or misleading information about the nature and risks of the virus; COVID-19 prevention and treatment; and the development, safety, and effectiveness of COVID-19 vaccines.”

In response, state Sen. Melissa Melendez, a Republican, told The Epoch Times that “doctors should be neither controlled nor prohibited by government from giving relevant health information to their patients.”

“Californians deserve to make informed decisions about their health without their doctors being threatened with disciplinary actions over what some state board deems ‘misinformation,’” Melendez wrote in an Aug. 31 text message.

Dr. Michael Huang of Roseville, Calif., who’s in jeopardy of losing his medical license for allegedly issuing invalid mask and vaccine medical exemptions to his patients—many of them firefighters and school-age children—told The Epoch Times that the state government has overstepped its bounds.

“It’s horrible. We’re back into the days of the Inquisition when Galileo was found guilty for saying that the Earth revolves around the sun,” Huang said. “The state is acting well beyond what it’s designed to do.”

The legislation will make it impossible to practice honest medicine, according to Huang.

Politicians shouldn’t meddle in medicine by “looking for fault and trying to punish physicians” for their medical opinions, because knowledge is always evolving, he said.

“What we knew about COVID two years ago is completely different than what we know now.”

Huang has been under investigation by the medical board since at least December 2021 for “unprofessional conduct,” and the decision regarding the fate of his medical license is still pending.

The investigation followed an announcement issued by the medical board on Aug. 18, 2021, that physicians could be subject to disciplinary action for granting mask exemptions or other exemptions inappropriately.

If his license to practice medicine is suspended, Huang will likely leave the state and may even stop practicing medicine altogether, because doctors everywhere are facing political pressure to comply.

“It’s not just in California,” he said.

The California Senate floor analysis accused former President Donald Trump of advising people to inject themselves with disinfectant in its discussion on misinformation.

“If, for example, a physician were to advise patients to inject disinfectant as a way of treating COVID-19—as former President Trump once did, resulting in a sharp rise in reported incidents of misusing bleach and other cleaning products—disseminating that ‘misinformation’ would almost certainly be considered negligent care subject to discipline,” the analysis reads.

However, the transcript of Trump’s comments at a press briefing on April 23, 2020, referenced by the California State Assembly analysis shows that he didn’t say that people should inject themselves with disinfectants to treat COVID-19. In fact, he was asking officials on the White House coronavirus task force whether they could be used in potential cures, according to PolitiFact.

Trump later clarified his comments after a reporter asked whether disinfectants could actually be injected into COVID-19 patients.

“It wouldn’t be through injections, almost a cleaning and sterilization of an area. Maybe it works, maybe it doesn’t work, but it certainly has a big effect if it’s on a stationary object,” Trump said at the time.

“Dr. Gold has engaged in multiple campaigns to stoke public distrust in COVID-19 vaccines, characterizing them as ‘experimental’ despite numerous safety and efficacy trials successfully confirming their safety and efficacy. Dr. Gold spoke at a rally held in conjunction with the attempted insurrection on the United States Capitol on January 6, 2021; she was arrested and subsequently pleaded guilty to a misdemeanor relating to that event,” the analysis reads.

Other Supporters and Opponents

The California Medical Association (CMA) is a supporter of the legislation.

According to Medscape Medical News, CMA President Robert Wailes said AB 2098 would “preserve the integrity of the medical profession.”

A group called ProtectUS also supports AB 2098, arguing that doctors have a professional and ethical obligation to counsel and treat patients based on medical guidelines and peer-reviewed scientific evidence and “not on their own opinion or beliefs.”

In contrast, a group called Californians for Good Governance has opposed the legislation on the grounds that it’s unconstitutional and violates the right to free speech.

“While the state may be able to claim that providing the public with accurate information regarding COVID-19 is a compelling interest, it cannot possibly argue that the blunt weapon that AB 2098 represents is narrowly tailored to that interest,” the organization stated. “In a country such as ours, which was established on the foundation of civil liberties such as free speech, the truth is something hashed out in the marketplace of ideas, rather than dictated by the government.”

Another group that opposes the legislation, A Voice for Choice Advocacy, argued that while doctors should be disciplined for maliciously spreading misinformation, the CMA already has that power and that AB 2098 “would be impossible to implement” because there’s no established standard of care or scientific consensus for treating COVID-19.