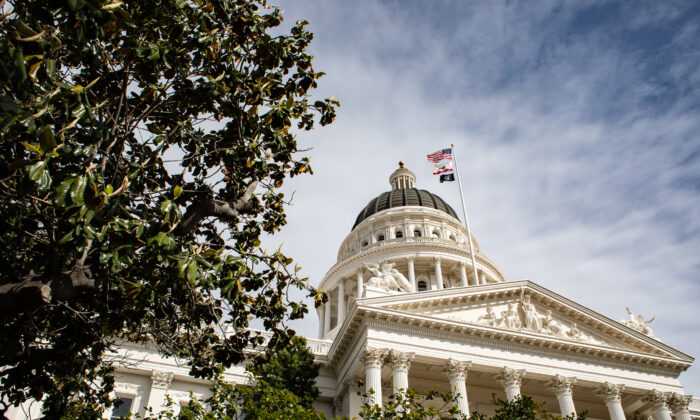 Since the 1973 precedent—which overrode state-level abortion restrictions and largely legalized the procedure nationwide—has been overruled, the issue of whether and how to regulate abortion access is now back at the states’ discretion.

“We know that states like Missouri are already targeting women seeking abortions in states like California where abortion remains legal,” Newsom said in a statement June 24. “This legislation seeks to protect women and care providers from civil liability imposed by other states, and sends a clear message that California will continue to be a safe haven for all women seeking reproductive health care services in our state.”

AB 1666 was signed into law as Missouri legislators are advancing a bill to permit private citizens to sue residents who travel out of state to receive abortions, as well as healthcare providers involved in the procedure. Texas introduced a similar measure alongside a six-week ban on abortions.

Introduced earlier this month, Senate Constitutional Amendment 10 (SCA 10) would make abortion a constitutional right in the state by “[prohibiting] the state from denying or interfering with an individual’s reproductive freedom in their most intimate decisions, which includes their fundamental right to choose to have an abortion and their fundamental right to choose or refuse contraceptives,” according to the bill text.

The amendment already passed the Senate on June 20 and the Assembly on June 27, which means that it will appear on the November ballot for voters to decide whether to ratify it.

“In California, we are resolute in our determination to protect women and families, no matter who happens to be wielding power at the federal level,” Senate President pro Tempore Toni G. Atkins (D-San Diego) said in a statement June 20.

Currently, California already protects the right to privacy for those seeking abortions. The new bills will further cement abortion access in the state’s constitution, making it more difficult to overrule.

Two of the other related bills pending in the Legislature would permit nurse practitioners to perform abortions in the first trimester without oversight from a doctor (SB 1375) and create an abortion fund to encourage reproductive health professionals to provide service in underserved areas (AB 1918).

Newsom also announced during a press briefing Friday he would be linking arms with Oregon Gov. Kate Brown and Washington Gov. Jay Inslee to create a West Coast safe haven for those seeking abortions out-of-state.

Nearly 15 states, with the addition of the District of Columbia, began expanding abortion access before the Supreme Court’s decision. On the other hand, about 24 other states intend to tighten restrictions on abortion or end access to the procedure altogether.

“To people across the country living in a state hostile to abortion: California is here for you,” California Planned Parenthood CEO Jodi Hicks said in a June 24 statement. “We will not turn people away, and we will find a way to support you so that you can get the care you need.”

Meanwhile, Pasadena-based Right to Life League, a pro-life advocacy group, praised the court’s ruling while denouncing the series of pro-abortion California bills making its way through the Legislature.

“The League has worked for nearly 50 years for this historic day,” Vice President of Legal Affairs for the group, Susan S. Arnall, said in a statement. “Tomorrow we will continue the fight against abortion in California where it all began in 1967, but today is a day to celebrate a momentous victory for the pro-life movement.”

The California Catholic Conference of Bishops also welcomed the Supreme Court’s decision, stating that “walking with families facing an unplanned pregnancy” has been a part of their work.

“In turn, we must redouble our efforts to reverse the state’s prioritization of abortion in favor of helping women raise their children despite daunting circumstances,” the bishops said in a statement.