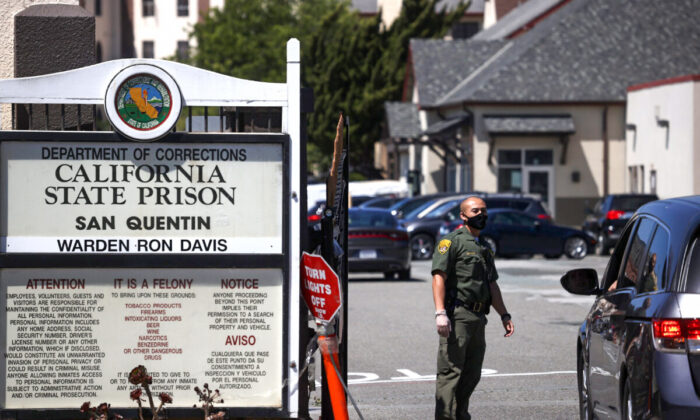 A number of law enforcement officials are continuing their fight against the early release of violent criminals following a court order that blocks state prison officials from doing so.

“[State officials] have it in their mind that releasing people from our institutions is somehow criminal justice reform, but it isn’t,” Riverside County District Attorney Mike Hestrin told The Epoch Times.

“There’s a right way and a wrong way to reform institutions, and simply saying we’re going to open the doors of the prisons and the most dangerous individuals in our state are now going to be unleashed on an unsuspecting public, that’s not criminal justice reform. It’s a dangerous experiment being done on the people of California.”

On Dec. 28, 2021, a temporary restraining order was granted to 28 California county district attorneys by a judge in Sacramento that prevents the early release of certain inmates after serving only a third of their sentences, as opposed to half.

The California Department of Corrections and Rehabilitation (CDCR) implemented new regulations on Jan. 1 that increase good conduct credits from 50 percent to 66 percent for eligible prisoners with nonviolent convictions, including repeat offenders. However, the state classifies a number of seemingly violent crimes as “nonviolent,” including domestic violence, human trafficking, animal cruelty, sexual assault, and gun violence.

“It’s Orwellian to say that domestic violence is nonviolent,” Hestrin said. “These are just absurd results in our current state of the law.”

Typically, good conduct credits are used to promote inmates doing something positive, such as firefighting or completing an educational course, where depending on the credit, the inmate will get a reduction in their sentence.

But district attorneys across California are saying that the good conduct credits are being abused by CDCR and are instead allowing violent criminals to only serve a third of their sentence.

“There has to be a sense of truth in sentencing,” Hestrin said. “When someone is sentenced to 15 years in prison … [and they] end up with a three- or four-year sentence, it’s not right, and it’s not the right way to conduct a justice system.”

Rod Norgaard, chief deputy district attorney in Sacramento, whose office led the charge for the restraining order, said the change in CDCR’s early release regulations is to balance the state budget by saving money on inmates.

“The reason why they want to do this is to close prisons,” Norgaard told The Epoch Times. “So yes, you can balance a budget by letting everybody out of prison. Public safety goes under the bus and our communities are not safe when you do that, but I don’t think that’s a concern they have.”

He said that while there’s no issue with good conduct credits when an inmate does positive work, the credits shouldn’t be handed out for a lack of bad behavior.

“I refer to these credits as the stare-at-the-wall credits,” Norgaard said. “There is no good conduct underlying these credits. The only thing you didn’t do was bad conduct. You didn’t stab anybody on this day. … So to get credits for just not doing anything is kind of ridiculous.”

“If [inmates] are not doing anything to better themselves and prepare for their release, then they need to do their time,” he told The Epoch Times. “That’s why we have the sentencing guidelines that we have. And if we take all of those things away, there’s no [deterrence factor].”

The good credit system’s expansion could potentially harm public safety, according to Dicus.

“That will dump more [convicts] that have had zero deterrence into our system in the public,” he said. “I honestly think that we’re going to continue to see things like retail theft increase.

“Everything has come home to roost with all of these reforms, and we’re seeing what the outcomes are.”

Dicus said the CDCR’s awarding of credits without positive action is most unfair to victims and their families because the inmates aren’t serving the sentences they were given when they were convicted.

“That victim of a crime certainly doesn’t think it’s any less [violent] than it was when they were victimized. And this perspective of looking more at the criminal and their rights versus the victim and their rights is something that just doesn’t sit well with me,” he said.

The temporary restraining order for the 28 counties will only last until Jan. 18.

At that time, a judge will either issue a preliminary injunction which would prevent CDCR from giving out the credits until the lawsuit is heard in full or the judge can disband the restraining order and allow CDCR to offer the credits, according to Norgaard.

No matter what ruling is given on Jan. 18, law enforcement officials say they’re going to do everything they can to prevent violent felons from being released.

“We’re going to have a longer, more protected fight in the courts,” Hestrin said.

The temporary restraining order “was certainly a welcome ruling by the court, but it’s only an initial ruling, and so we’re ready for a long fight. We’re going to fight this,” he said.

A spokesperson from the California Department of Corrections & Rehabilitation wasn’t available for comment by press time.